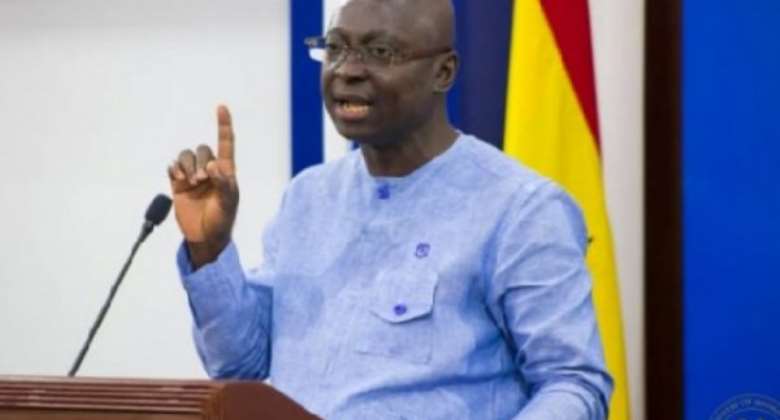 “If you care to understand subterranean drains, it means the drain is underground, so where are they going to throw the rubbish?" Mr Akyea asked.

Mr Akyea repeated the call to stop the throwing of unwanted materials into the drains, in an interview with the Ghana News Agency (GNA) in Accra, after the House had approved some loan agreements for the construction of covered drains and ancillary sewage system for Nima drains.

The House approved a total of €101.76 million loan agreement to finance the design and construction of drainage and ancillary sewage system that will cover the Nima drain from Kaokudi to the Odaw River Basin.

The Minister expressed serious concern over the throwing of waste materials into drains, which eventually led to flooding with attendant environmental and health catastrophes.

He described the habit of throwing waste materials into the drains as “very obnoxious habit”, and said the underground sewage system to be constructed in the Nima is the first to be done in the country, with the hope that it would be replicated across the country.

“That discourages the very obnoxious habit of dumping what you hate in your house into the open drains.

“This is the first time we're doing a major subterranean drain…. So this is what we call a major infrastructural work that will discourage people from littering the environment,” the Minister emphasized.

Mr Akyea described the project as a paradigm shift, a departure from the open drain situation in Ghana, where no filth will be seen, but all the sewage will go underground, and delivered at a designated place.

“What is even more important for us also is that, then, we wouldn't be using too much money in trying to do the desilting … which is a yearly ritual; that we don't have money, but every year monies are voted for us to do it,” Mr Akyea said.

He said in the year 2019, GH¢250 million was voted for desilting and drainage lining.

“If we had the situation of a subterranean drainage, we'd not be spending this level of money in trying to maintain our drains and keep our environment safe,” the Minister, who is also the MP for Abuakwa South, said.

He said the people of Nima would also benefit from green areas, bike and human walkways, upgraded football pitch, shade areas, and rest and play grounds and that President Nana Addo Dankwa Akufo-Addo was personally interested in the project.

He indicated that despite complaints in certain quarters that such levels of infrastructure would raise Ghana's debt stock, the construction of subterranean drains is the best way to go.

“There are plans already to have more of subterranean drains, but it's a money issue. Some people are complaining that such levels of infrastructure will raise Ghana's debt stock.

“But the question is needful, we'll pay more,” the Minister said, adding,”it is my prayer that we should try and replicate these levels of projects across the country for Ghana to enjoy subterranean drains .That's the best way to go.”