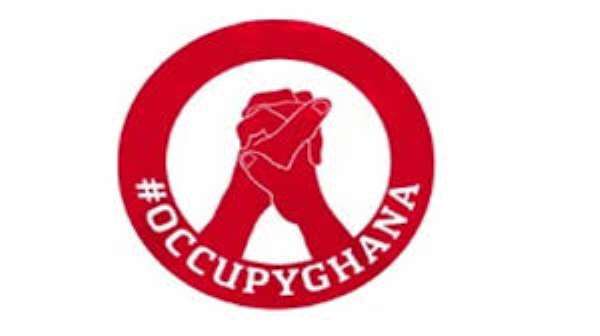 OcccupyGhana is calling for the immediate arrest and prosecution of all persons who gathered and looked on as 90-year-old Akua Denteh was being lynched at Kafaba in the Savannah Region.

According to the group, the bystanders did nothing to stop the crime from being committed hence are guilty of a misdemeanour.

In a statement, OccupyGhana said all efforts must be made to identify the persons captured in the viral video.

“We therefore call for the arrest everyone who is identified as being present. Faced with the prospect of jail, they are very likely to help identify and track all the perpetrators in the murder,” it said.

So far six persons are currently facing prosecution over the matter.

They include five persons who reportedly invited and hosted priestess who declared the 90-year-old woman a witch as well as one woman who was captured in the viral video hitting the deceased.

OccupyGhana said it is unfortunate that such mob actions still occur in Ghana and believes that the National Commission for Civic Education (NCCE) must step up education in communities to disabuse the minds of people about superstitions and arcane customs and practices such as the lynching of old women accused of being witches.

It also said the Ministry for Gender and Social Protection must take urgent steps to close all witch camps equip persons in such camps with vocational skills.

THE ISSUE OF THE LYNCHING OF WITCHES

Like most Ghanaians OccupyGhana®'s attention has been drawn to a very disturbing video making the rounds on social media. It shows an elderly woman being assaulted by two women while a crowd watches.

The incident is supposed to have occurred in Kafaba in the East Gonja Municipality of the Savannah region. The victim is alleged to be a 90-year-old woman called Madam Akua Denteh, was accused by a local fetish priestess called Hajia Filina, of being a witch. It appears the priestess was hired by one Sanjo to make this 'diagnosis.' The others involved in this crime were persons named Aliu, Bumaye, Ashley and Manafo. The poor victim succumbed to her injuries and her dead body was later found where she was lynched.

This rather heart-breaking and barbaric act is but one of many such lynching incidents that plague the Ghanaian society. Victims of lynchings are not only suspected criminals but also often elderly women accused of being witches.

Mob justice in itself is terrible. Unfortunately, it is a rather dark side of our country's history and does not seem to want to go away. It is unconstitutional, barbaric, unjust, unfair and criminal, and often has fatal consequences.

The fact that in this day and age, there are Ghanaians who still believe in the superstition that witches exert an enormous deleterious influence on life and the punishment for this alleged pernicious activity which should be death by lynching, is unbelievable. It hints at how deep the belief in erroneous, dangerous and arcane customs are and how much these beliefs influence life in the country.

That a crowd watched as a helpless 90-year-old woman was lynched shows the degree of acceptance of this inhuman practice in the society.

That this occurrence is not uncommon is rather sad. If one does a Google search with the words 'witch' and 'Ghana,' the stories and reports that pop up should make each Ghanaian hang their head in collective shame. It is not a coincidence that about 235 km due northwest from Kafaba is a 'Witch Camp.' In the town of Gushegu, the Missionary Sisters of the Poorest of the Poor run a camp for poor women who were accused of witchcraft, beaten, and cast out. These are the lucky ones who did not succumb to the assaults and this camp is their haven now.

Not only elderly women get accused but younger women and even children fall victim to this practice. According to a 2018 Human Rights Report by the US States Department, there are more than six witch camps spread throughout the northern regions of Ghana. These camps are said to hold about 2,000-2,500 adult women and 1,000-1,200 children and the numbers could be larger.

Article 15 of the Constitution demands respect for the dignity of all persons, and clearly states:

'1. The dignity of all persons shall be inviolable.

2. No person shall, whether or not he is arrested, restricted or retained, be subjected to

a. torture or other cruel, inhuman or degrading treatment or punishment;

b. any other condition that detracts or is likely to detract from his dignity and worth as a human being.'

In spite of these constitutional rights, any fetish priest or priestess can get women and children assaulted and even killed with the simple yet dangerous designation of 'Witch.'

This video has incited the usual uproar and the Police has even publicized a letter about the investigation. The President has spoken about it. We understand that some arrests have been made. We commend the police on being on the case. However, soon we will forget about this incident and another poor woman will be accused of being a witch and assaulted, even killed.

Unless there is a move to change this deeply-held belief systems and do away with these superstitions that witches dwell among us and are responsible for most misfortunes, these assaults and lynching of poor women will not stop.

It is our view that what occurred at Kafaba, before the murder happened, was a trial by ordeal, which is a second-degree felony under section 315 or our Criminal Offences Act, 1960 (Act 29). Indeed, each of the persons captured on the video as being present are guilty of the misdemeanour of being present when the crime was taking place, under section 316 of the Act. For not taking any step to prevent the crime, all those persons are guilty of a second misdemeanour under section 22 of the Act.

We therefore call for the arrest everyone who is identified as being present. Faced with the prospect of jail, they are very likely to help identify and track all the perpetrators in the murder.

We further ask that the National Commission for Civic Education (NCCE) step up its efforts to educate the population about superstitions and arcane customs and practices. A program reminding Ghanaians about the need to respect each other's’ civil and human rights is also direly needed.

We also ask the Gender and Social Protection Ministry to enforce the closure of these so-called 'Witch Camps' and allow these poor women and children to re-join society with adequate protections. The Ministry has an obligation to offer vocational training to the occupants of those camps to aid their reintegration. The Ministry should also embark on an education program aimed at teaching people in at-risk areas that witchcraft is a superstition for which no one should die.

We ask all TV and radio stations to dedicate time each day to exhorting against mob justice and the assaulting and lynching of women accused of being witches.

With these actions, we hope we can take a step closer to a Ghana, where civil and human rights are respected, and the lynching of witches becomes a thing of the past.

In the Service of God & Country.