"I Appreciate Young Seidu Agongo, I Want To See Him Do Great Things" – Kweku Baako 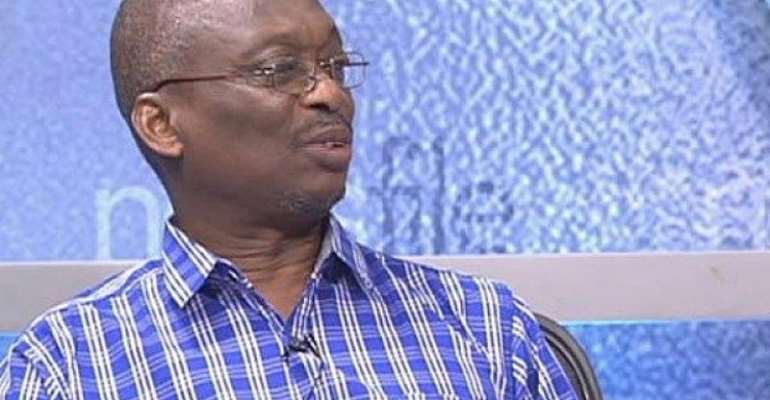 The Editor-in-Chief of the New Crusading Guide newspaper, Abdul-Malik Kweku Baako has been courting the love of businessman Seidu Agongo.

Kweku Baako, thus, said he was pained a lot when the simple and unassuming hard-working businessman’s Heritage Bank was collapsed by the Bank of Ghana.

“He [Agongo] is a young man and I appreciated him and I want to see a young man like him who does great things”, adding: “It was painful his bank went down”.

“I felt for the three banks: Nduom’s bank [GN Bank], Heritage Bank that belongs to that young man, Seidu Agongo (because of his extension into radio we met a couple of times in 2014 and 2015) and Dr Duffuor’s bank [uniBank]”, he said on Accra-based Peace FM's Kokrokoo morning show.

“The same with uniBank”, he said.

“I will tell [you] honestly; Dr Duffuor is a personal friend but the action taken against the banks was not right”, he added.

Kweku Baako is not the first to have spoken against the collapse of Heritage Bank, in particular.

In September 2019, the founder and CEO of the now-defunct UT Bank, Mr Prince Kofi Amoabeng, also described as unfair and unfortunate, the revocation of the licence of Heritage Bank, whose founder has always argued that the bank was collapsed despite its books being above board.

Asked directly by Accra-based TV3’s Paa Kwesi Asare in an interview on Business Focus: ‘Do you think, as many think, that some of the decisions to close down certain banks was politically motivated?’, Mr Amoabeng answered thus: “A few of them, specifically Heritage Bank”.

“I don’t understand the issue because the Chairman of the Board is Dr Kwesi Botchwey. I have a lot of respect for him when it comes to finance in this country and managing Boards and he will not, in my estimation, ever accept to be Chairman of a bank that is not right and dealing in all sorts of things.

“I can say that for him, so, I find it extremely odd that a bank – and it had not started doing business for it to have bad loans and all those things – and for you to say that the owner didn’t have what it takes or however they put it, I mean the owner doesn’t run the bank, he’s a Ghanaian, he’s got money, he’s appointed the right people to run the bank for him, so, what is the excuse.

“I find that extremely, extremely unfair”, Mr Amoabeng asserted, adding: “Maybe I don’t have all the facts, but from where I stand, I find it really unfortunate”.

Ghanaian Kills Colleague In US
13 hours ago