Letter to the Speaker: Why too many presidential aspirants? 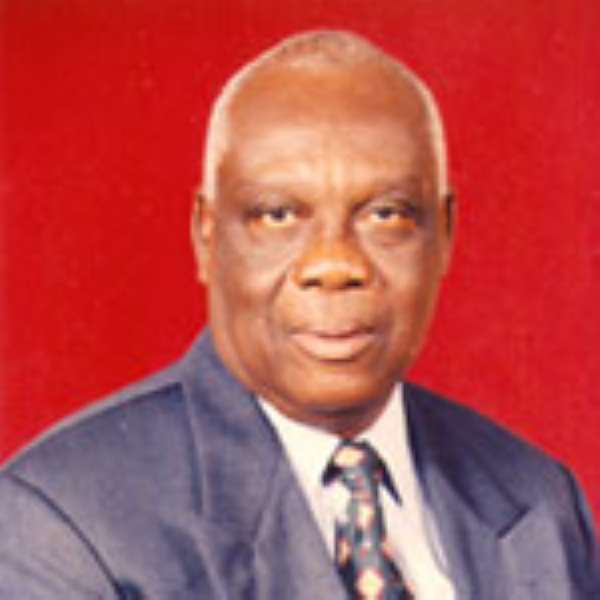 My letter today is motivated by an email I received from a good friend of mine, who wondered why everyone, these days, in the country wants to be President.His email was interesting and thought-provoking. “Why are many Africans fighting for power, instead of collaborating to fight AIDS, poverty, and other basic problems facing the continent? Even those who introduced democracy have a few candidates in the name of consensus,” he wrote. The 2008 elections is more than two years away but the political milieu within the various political parties has been inundated with interesting political activities. The rumors about likely presidential candidates for the various political parties, mainly the NPP and the NDC started as early as after the 2000 elections. The political captainship position for parties like the PNC , CPP (if their merger fails), and the GCPP is nakedly predictable: With Dr. Edward Mahama, Aggudey, and good old Dan Lartey lurking around there aren't going to be many new faces, unless of course there is one of those rare surprises that happen in centuries.

For the main opposition party, the NDC, names such as old hand Prof. Evans Atta Mills, Dr. Ekwow Spio Garbrah, business tycoon, Eddie Annan, Alhaji Mahama Iddrisu, and Mr. John Mahama have come up for mention even though the latter has repeatedly chosen the path of consultation with his advisors and admirers before he decides to run. The line-up so far for the ruling administration includes Dr. Kwame Addo Kufour, Nana Addo-Danquah Akuffo-Addo, Captain Nkrabea Effah-Dartey, Professor Mike Ocquaye, Professor Frimpong-Boateng, Mr. Hackman Owusu-Agyemang, Dr. Konadu Apraku, Mr. Yaw Osafo Marfo, Dr. Kobina Arthur Kennedy, Mr. K. Boakye Agyarko and Mr. Alan Kyerematen; rumored to be on the sidelines are Alhaji Aliu Mahama, Mr. Dan Botwe and, perhaps, Madam Hawa Yakubu. What this means is that of the names being bandied around from the NPP camp only three have not officially declared their intention of running for the big office, even though there are all indications that they will join the fray. With the number soaring by the day we can only keep our fingers crossed and watch the pouring in of names.

The end of military rule in Ghana and the promulgation of the 1992 constitution breathed some air of democracy characterized by healthy contests for elections at the local and the national levels of the country. The NDC, for instance, has over the past years used what it called consensus (safe their last congress) in the election of its candidates for previous elections and what is happening is unprecedented and will provide another litmus test for its democratic structures. However, this phenomenon is not new to the ruling NPP even though the number of aspirants, this time raises a lot of questions: what is it that all these aspirants have seen in the Presidency to warrant their unbridled interest and their early announcements at steering the affairs of the nation? What happened to President Kufuor's order to ministers serving in the current administration, who have Presidential ambitions? There is no doubt that the current goings-on within the NPP, particularly, is a manifestation of the NPP's internal democracy at work, but it should not take a political scientist to know that the current “jamboree of beauty contestants” game will affect the business of the country. Their ability to deliver is unquestionable considering their pedigree and achievements.

Personally Mr. Speaker, I don't know if it is the presidential posture of giving orders, neither do I know if it is the privilege of traveling and dining with the world's greats that is the motivation for the scramble for the single spot to the Presidency. Now, there are friends of this and of that for all of all the names that have been mentioned and each is making daily noise and coming up with press conferences as if the Presidency is a tea party. Of course, in Africa we know what such a position brings: good living, free visas for self, family, friends, and other hirelings.

Then there is the prestige that comes with occupying the big office; your name gets mentioned even when you visit the ancestors or you even get awarded posthumously, sometimes. Kwame Nkrumah died some years ago but we still mention his name and anyone who is associated with him—close or distant—gets some recognition. Unless of course each of the aspirants comes out with a separate (not a duplication) set of ideas for developing some key areas of the nation, I don't see why there should be this pool of aspirants.

Interestingly, most of the aspirants in the ruling party are cabinet ministers who have the primary responsibility of carrying out the vision of the incumbent President but, perhaps, feeling left behind in the race; they have also joined the craze for the higher office with the announcement of their intentions to contest for the flag bearer position of the NPP.The President sometime ago warned his charges to desist from going public with their Presidential ambitions when there is an unfinished business of the nation to be tackled but the indiscriminate posturing and daily announcements is an open disregard for the warnings of the Chief Executive. I am worried at the rash with which ministers are announcing their ambitions as the current system favors them because having served under the current administration, they have sold themselves enough with their performances while serving as ministers. Who doesn't know Osafo Marfo, Addo-Kufour, or even Kofi Konadu Apraku? Weren't Ghanaians the same people who questioned, en masse, the President's decision to relieve Osafo Marfo of his ministerial portfolio?

Mr. Speaker, the Kufour-led administration still has two years on its mandate to fulfill the many promises it made to Ghanaians and I am not sure anyone will concede that two years cannot add anything meaningful to what the government has done or is doing.Unemployment, especially among the youth is rife, pupils still have classes under trees in some areas of the country, and Polytechnic teachers returned from their long strike action only last week, and there are many other areas that need the attention of a focused government and I doubt if the current situation will support that. Let's not deceive ourselves, the race to capturing the position does not warrant a half-hearted effort, so all those who put up excuses that they will be fully committed to the business of government and the country have got it all wrong. As is characteristic of Africa the aspirants will be trying to outdo each other to gain some advantage and this is why concentration will be missing. If there is an unfinished business, especially considering the time still left for the government to deliver, the early fight to the top is not justified.

I have not read the NPP constitution but I am aware of what the national organizer of the party, Lord Commey said, that all the campaigns that have been started by the candidates are illegal but that is as far as rhetoric goes. What does the party constitution say about violators of a particular law? In all these goings-on, the interest of the nation and its citizenry should be put first and this is where Mr. President must bite. Ghanaians will judge the success or otherwise of the current administration by looking at only one name, KUFUOR not really the many ministers or the other faceless individuals or groups. Thank you, Mr. Speaker.