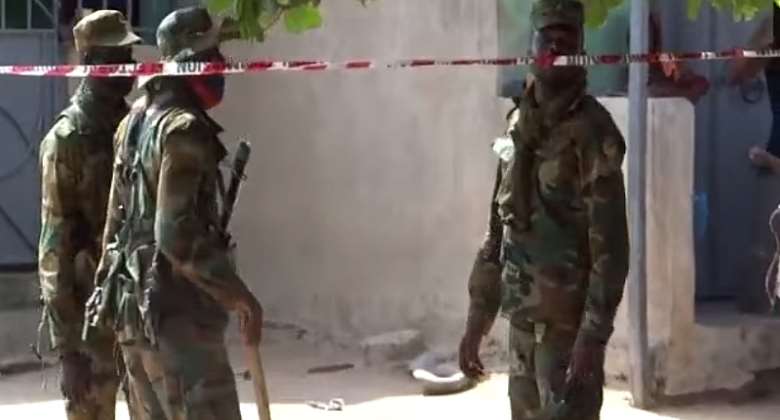 The Minority in Parliament says it will go for a vote of censure proceeding against the Minister for Defence, Dominic Nitiwul regarding allegations of voter suppression and intimidation by the military in some registration centres across the country.

The Defence Minister at a media engagement on Monday dismissed any allegation of military intimidation in Banda.

But the Ranking Member on the Defence and Interior Committee, James Agalga says the Minority will not hesitate to drag the Minister to the House to answer for the actions of the military in these areas.

“We as the people's representatives have a duty to bring these things to public attention on the Floor of Parliament itself. We have extended a number of invitations. We are going to engage with the sector minister. When the opportunity is created and the ministers involved are asked to come and account for their stewardship so far and we think that the right things have not been done, maybe we will invoke the standing orders and advice ourselves accordingly.”

Some residents and the opposition National Democratic Congress (NDC) have in the last two months raised concerns about the heavy military deployment to border communities in the country.

While earlier narratives suggested that the personnel were deployed to stop the influx of non-Ghanaians into Ghana through unapproved routes amidst the closure of the country’s international borders, military personnel are seen at various voter registration centres too.

Videos circulating on social media had earlier shown a number of military personnel questioning registrants at a particular registration centre while preventing others from registering for the voters' ID in the area.

Asiedu Nketia said the presence of armed personnel has deterred a lot of people from registering for a voters ID card, a development he believes will disenfranchise a lot of Ghanaians in Banda.

“The problem we have is about ethnic profiling, which this government is persistently doing, it threatens the peace of this country. When military men were dispatched to the Togo border, the government explained that they were there to prevent police from entering the country with COVID-19. Talking about the deployment in this area, targeting the same Ewe ethnic group, it is a very dangerous thing that is happening in this country.”

The National Democratic Congress flagbearer, John Dramani Mahama and the Adontenhene of Bongase Community in the Banda District of the Bono Region, Nana Yakubu have both condemned the deployment of military deployment into the community.