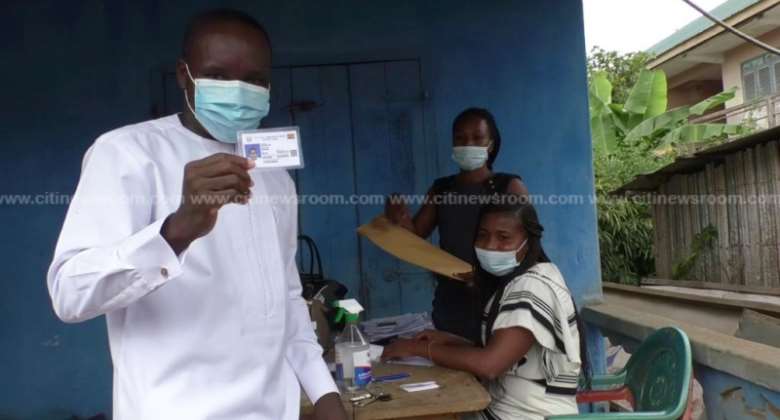 The man who challenged the legitimacy of the ruling New Patriotic Party’s parliamentary candidate for Ellembelle, Kwasi Bonzoh, says he has withdrawn his challenge.

Speaking on Eyewitness News, the challenger, Solomon Isaac, who is a National Democratic Congress polling agent, said he did not know who the NPP candidate was at the time.

He also described the candidate as a stranger in the area, thus leading to his challenge.

“I didn't know he was the one. He said his name was Kwasi Bonzoh…I didn’t know it was him,” he recounted.

The challenge led to Mr. Bonzoh’s voter ID being withheld pending a review.

Mr. Bonzoh, who is also the DCE for Ellembelle and hails from the town, had said the challenge was instigated by the NDC.

But Mr. Isaac now says the incumbent MP for the area, the NDC’s Armah Kofi Buah, has apologised over the incident and asked him to withdraw the challenge.

“I spoke to my MP [Armah Kofi Buah] and my MP came here. He came here to tell me that I should withdraw [the challenge] and that he apologised to the DCE.”

Also speaking on Eyewitness News, Mr. Bonzoh responded to Mr. Isaac’s account of the incident and his purported withdrawal of the challenge claiming it was “even more preposterous.”

“Does that mean it is the MP who asked him to challenge my registration?” he questioned.

Given the turn of events, Mr. Bonzoh feels Mr. Isaac “has only been sent to push an agenda” and consequently “brought the name of the constituency into disrepute.”

“As it is, the backlash since this news broke out forced the MP to now go and do some damage control.”