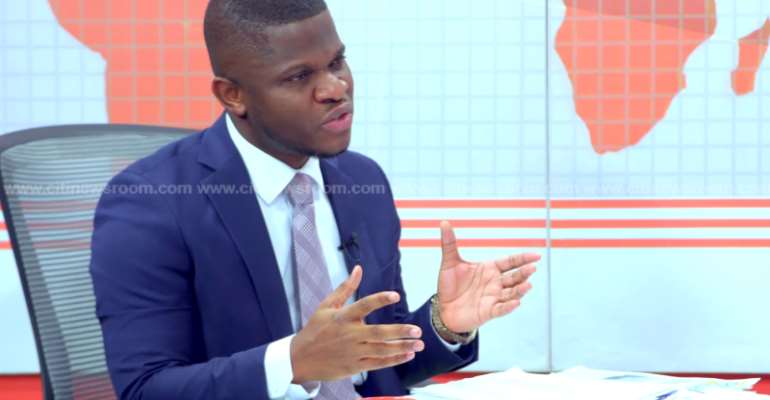 The National Communications Officer for the opposition National Democratic Congress (NDC), Sammy Gyamfi says there is copious evidence which suggests President Akufo-Addo is using the Military to harass, intimidate and denying the people of Banda in the Bono Region from registering for the voter ID.

“This is a well-calculated scheme by President Akufo-Addo, the NPP in collaboration with some men in uniform to terrorize innocent persons and prevent them from registering and there is ample evidence to that effect,” said Sammy Gyamfi on Eyewitness News.

Videos circulating on social media had shown a number of military personnel questioning registrants at a particular registration centre, while preventing others from registering for their voters' ID card in Banda.

Describing the move as unlawful, Mr. Gyamfi posited that there is no law empowering either the NDC or New Patriotic Party (NPP) to deploy military officers to registration centres.

“We are saying that it is not lawful and proper. Under our electoral laws, where a person decides to register is determined by where he is ordinarily resident and not his tribe and also under our laws, the military does not have any right or authority to prevent anyone from registering.”

“No peace accord has conferred on them that non-existent right and they cannot hide behind the so-called peace accord or REGSEC to prevent eligible voters from registering. There is no such agreement between the NPP and the NDC that military men can form or invade voter registration centres and check the citizenship of persons in a queue waiting to register,” Mr. Gyamfi argued.

Asiedu Nketia said the presence of armed personnel had prevented some Ghanaians from registering for their voters ID card, a development he believes will disenfranchise some Ghanaians in Banda.

The National Democratic Congress flagbearer, John Dramani Mahama and the Adontenhene of Bongase Community in the Banda District of the Bono Region, Nana Yakubu have also condemned the deployment of military into the community.

While Mr Mahama described the actions of the government as dangerous in a statement, Nana Yakubu said these happenings are preventing some fisherfolk from participating in the registration exercise in the community and leading to tension in the town.