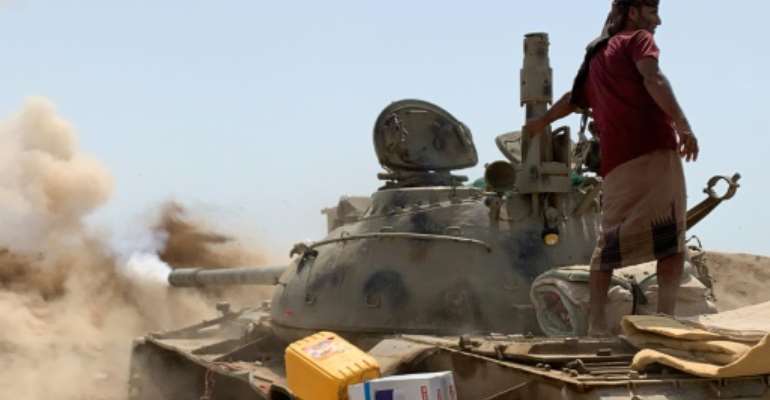 Yemen, mired in civil war since 205, is ill-equipped to deal with the coronavirus pandemic. By Nabil HASAN (AFP/File)

The coronavirus pandemic is worsening the humanitarian situation in the world's deadliest conflicts and threatens to unleash economic devastation that will intensify violence, United Nations diplomats and experts warn.

COVID-19 is hampering aid programs, diverting the attention and resources of major powers battling the deadly virus at home, and cutting remittances to already fragile, war-weary economies, they say.

"We're still only really in the opening act of quite a long drama," he told AFP.

UN Secretary General Antonio Guterres's plea for a global ceasefire back in March has gone largely unheeded, with fighting continuing to rage in hotspots such as Yemen, Libya and Syria.

In Yemen -- where tens of thousands of civilians have died since 2015 in what the UN describes as the world's worst humanitarian crisis -- fighting is intensifying, according to diplomats who say the country is in free fall.

"Famine is again on the horizon. Conflict is again escalating. The economy is again in tatters. Humanitarian agencies are again nearly broke. And then the new problems -- COVID-19 is spreading out of control," UN relief chief Mark Lowcock said last week.

The British diplomat told the UN Security Council that the coronavirus crisis had slashed remittances, which has long been a lifeline for the country, by as much as 70 percent.

He cited a recent survey that found that about half of Yemeni families have lost at least 50 per cent of their income since April.

"Help Yemen now or watch the country fall into the abyss," he implored.

Lowcock also reported depressing economic news from Syria, whose economy has been devastated by almost a decade of civil war.

He said lockdown measures to contain the spread of COVID-19 was one factor in the Syrian economy expecting to contract by more than seven percent this year.

The diplomat added that job losses in recent months have increased unemployment from 42 percent last year to close to 50 percent now.

Diplomats say western governments are reducing the amount of aid they send to humanitarian crisis zones as they focus on getting their own coronavirus-battered economies up and running again.

Analysts say it has also taken the steam out of peace efforts as mediators swap face-to-face meetings for Zoom and Skype calls.

In January, at a summit hosted by Germany in Berlin, world leaders committed to ending all foreign meddling in Libya's civil war and to uphold a weapons embargo as part of a plan to end the nine-year conflict.

But last month Guterres denounced "unprecedented levels" of interference in the war-torn country, where Russia and Turkey back rival factions. 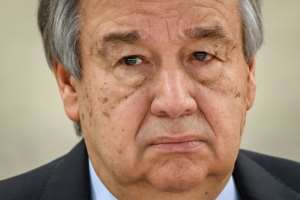 UN Secretary-General Antonio Guterres has hit out at the "unprecedented" foreign interference in the conflict in Libya. By Fabrice COFFRINI (AFP/File)

"Now obviously Germany's focus is on propping up the European economy," said Gowan, of the International Crisis Group think-tank.

"It's a pretty bleak and depressing picture across the board," a UN diplomat told AFP.

"The economic fallout is just going to exacerbate conflict in those countries," he added.