How Do We Protect Nima-Maamobi's Residents From The Perennial Floods Blighting Their Lives? 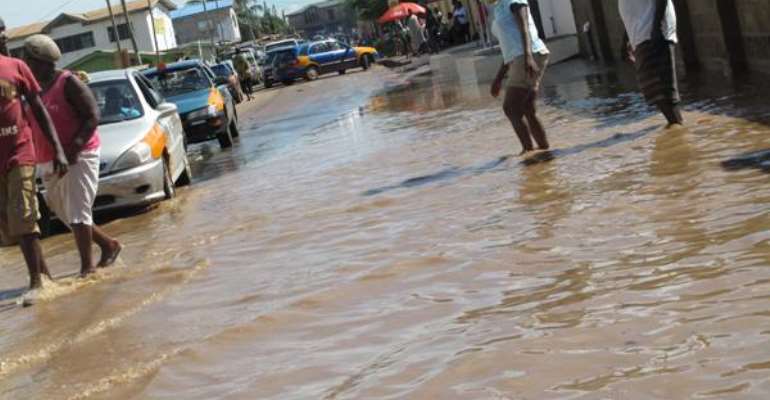 One will start off, by saying that one freely admits to being an old fool, who is also a semi-literate and an insufferable-ignoramus. Having done so (to disarm the forever-partisan-crowds, who are wont to descend on critics of those in power, as governments-of-the-day, at any given point in time, in our history), one will now share one's view on how to stop flooding in Nima- Maamobi. Permanently.

That task, ought to be kickstarted, by valuing all their their properties, large and small, permanent or temporary, and go on to design and construct a spanking new green city, which is well-designed, well-built, and built to be climate-change-resilient - before relocating them there, for their present inner-city slum to be redeveloped. Simple.

It ought to be noted that the land they currently occupy, is one of the most valuable parcels, of urban land, in the entire continent of Africa today.

That is why every permanent property, and temporary structure, on it, ought to be valued properly and fairly, before those twinned inner-city slums, are finally razed to the ground, but, repeat, not before the residents there are all relocated to the new green city, New Nima-Maamobi. which should be located in the Akwapim Hills.

Using the model used by the former Lenanese premiere, Rafic Hariri (who rebuilt war-ravaged inner Beirut, as Lebanon''s wealthiest individual), a consortium, made up of local banks, pension funds and entities in Ghana's insurance industry (and in which all the relocated residents, who once owned properties there, should also be given a joint-stake in, too - as compensation for their sacrifices), should be formed, and tasked with designing a brand new climate-change-proofed green city, comparable to the world's leading cities (in all seven continents in our biosphere).

That really is the most equitable way to proceed, in the humble opinion of this self-admitted old fool. It is just my two pesewas, and one's humble opinion. It answers the question as to how we can stop flooding in present-day Nina-Maamobi, creatively. Permanently. Move the residents elsewhere, in other words. Simple.