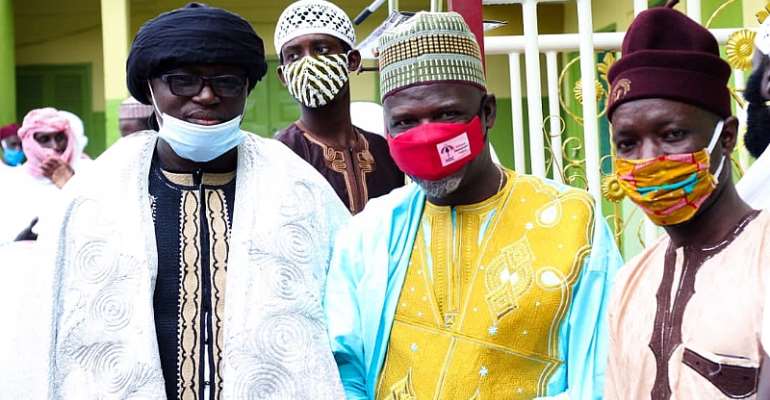 He said political violence impede development and progress, and therefore should not be entertained by the youth of the constituency.

He told the youth that avoiding political violence means that they must not allow themselves to be used by desperate politicians to cause mayhem, and disturbances in the coming elections.

Fiifi Buckman, one of the rising lawyers in Western Region, believes that as the 2020 elections beckon, some politicians would plan activities to foment troubles but advised the Muslim youth not allow themselves to be used by these political figures to execute unhealthy and unproductive plans.

Addressing the Muslim community at Kwesimintsim in the Kwesimintsim Constituency of the Western Region during the celebration of the Eid-al-Adha festival, Lawyer Fiifi Buckman noted that Islam had no place for violence.

Under the circumstance, he advised the Muslim youth to be mindful of the teachings of the Holy Quran, and the wise sayings (Hadith) of the holy prophet Muhammed against violence and its effects on development.

"Muslims are generally peaceful people", he acknowledged whilst admonishing the youth to eschew acts of indiscipline in their communities.

He explained that the behaviour of a few misguided youth from the Muslim communities (Zongos) has often led to negative branding of these communities.

Lawyer Fiifi Buckman, an enterprising politician joined the Muslim community to celebrate the Eid-al-Adha festival at Kwesimintsim on Friday.

It was at the end of the prayers, that he had the privilege to speak to the congregation that he urged them (Muslims and residents of Zongo communities) in general to stand up against plotters and perpetrators of electoral violence.

These, he underscored, would help maintain peace, law and order in the constituency, the Western Region and across the country.

Lawyer Fiifi Buckman also urged the Muslim youth to channel their energies into activities and things that are considered more productive instead of engaging in political violence.

As a person with development at the heart of his campaign messaging, Lawyer Fiifi Buckman donated two trips of stones to the Muslim community for construction of the central mosque in Kwesimintsim currently demolished.

He urged the constituents to give him an opportunity to lead Kwesimintsim as the lawmaker after the December polls.

He said his campaign has been centered on securing the seat after the polls.

"By providing transformational and visionary leadership, I know we can together develop Kwesimintsim Constituency,” he concluded. 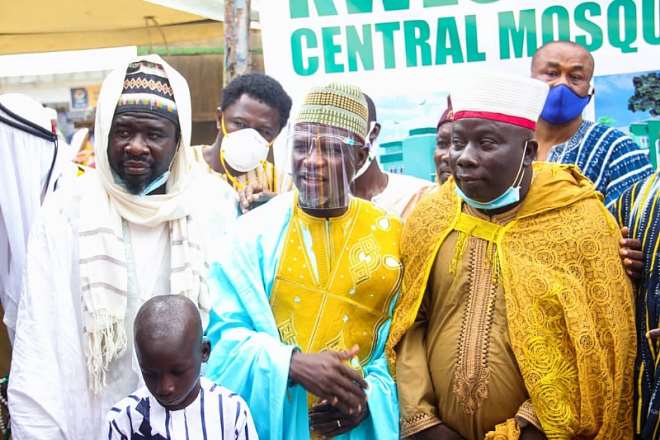