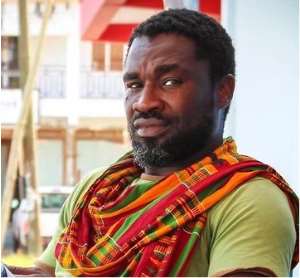 Sacut Amenga-Etego, a Ghanaian journalist has been appointed director for Triality Africa by the Triality World production company, based in Canada.

Sacut was previously a general manager of XFM, an Accra-based urban entertainment radio station. He also runs a political radio talk show called the “new voices” in Accra before he travelled to Europe for further studies. He’s a prolific columnist on Ghanaian online media.

Until his appointment, he was the creative director of Mastermind Consult, a creative hub that provides ghostwriting services to Ghanaian and global clients.

He brings to his new role a rich experience in creative writing, entertainment journalism, talent recruitment and management, network marketing, and personal/product branding.

A press release announcing the new appointment and published on Triality’s website on Monday August 3 said, “ Triality production is happy to announce the appointment of Sacut Amenga-Etego as director of Triality Africa. He will be responsible for finding new talent(screenwriters, DOPs, directors, actors, etc), managing the creation of the Triality projects written in his territory, developing relations with the most important brands, and finding the right distribution partner in each country for the Triality world platform.”

The statement also added that “He will respond directly to the founder and President of Triality Productions, LUC JG Be’gin, with whom he will create, plan and supervise the writing and production of the Triality Africa projects.”

About The Triality World

Triality is an international production company and a collaborative international network based in Canada. The company brings all the stakeholders from the audio-visual industry together to produce Triality content (movies, series musicals).

The company is present in eleven (11) countries through fourteen (14) cities and it works with seventy (70) screenwriters, more than a hundred (100) cinematographers, and local producers for each city.