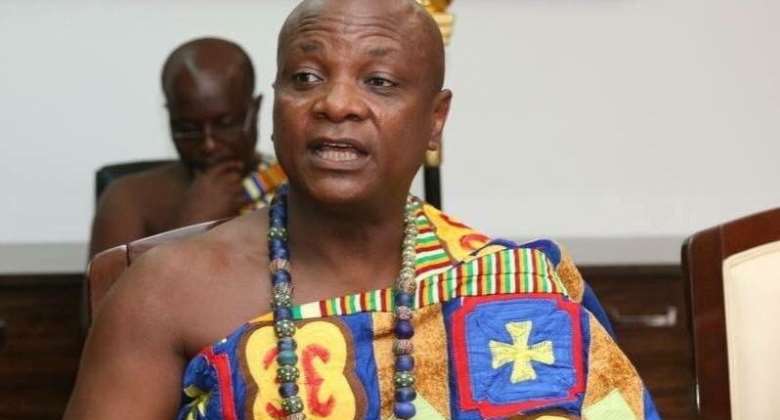 Usually, when an individual espouses ethnocentric views, spews out hatred, venom and vitriolic trash against a specific ethnic, tribal or racial group one has three clear choices. (a) stay silent; (b) go on demonstration aka “Black Lives Matter”; or (c) respond in a concise, logical, accurate, unbiased and professional way.

The choice is ours. Normally, I tend to combine actions comprising (b) and (c). In this instance, I have opted for the Mahatma Ghandian principle of: “Staying silent becomes cowardice when occasion demands speaking out the whole truth and acting accordingly”.

For the benefit of our discerning readers, I have never met Kwame Okoampa - Ahoofe Jnr, never crossed paths with him and have no personal beef with him. However, his own writings have led me to understand, the reason for his pathological hatred for the Agbogbobmefia of the Asogli State and the Ewe people.

As Kwame Ahoofe Jnr, clearly states in the last paragraph of his rambling piece. “I am personally the victim of tribal rejection by my maternal clan”, because sometime during the 1870’s and 1880’s my great-great grandmother made the “egregious and scandalous mistake” of marrying an Ewe”.

What a travesty? How dare Kwame Ahoofe Jnr, maternal great- great grandmother stood so low to tarnish and pollute his blue, pristine, Christian Akyem lineage blood with the, green ungodly blood of an Ewe man who was a member of the Peki- Blengo Royal Family? This scandalous act by Kwame Ahoofe Jnr great- great grandmother has “left a scar on his heart and soul that refuses to heal”.

This scandalous mistake of Kwame Ahoofe’s great- great grandmother has also created a “cultural bastard” syndrome in him. This keeps him from functioning as a normal human being incapable of extending love to the ethnic group that contaminated Kwame’s perfect “Akyem lineage”.

Kwame Ahoofe Jnr, I wish I could exorcise you from your demonic hatred of the Ewes but I can’t. Maybe a psychologist can assist you release the demons in you. The demons which is wreaking havoc with your emotional well-being, and having a catastrophic impact on your relationship with your great great grandmother lineage.

This demon can be seen in your ramblings, illogical and incoherent half-truths when it comes to your writings on Togbe Afede X1V, the Agbogbobmefia of the Asogli State and the ethnic group of your great- great grandmother the Ewe people.

For now, let us examine and analyse the remainder of the issues raised by Kwame in his article, Togbe Afede X1V “screams too loudly on tribalism”.

First and foremost, Togbe Afede X1V is and has never been a member of the imaginary “Anlo- Ewe supremacist tribal agenda” that supposedly existed under the rule of Jerry Rawlings. History and future generations will be the judge of the 20-year rule by the Provisional National Defence Council (PNDC).

However, there is one undeniable fact. If there was really an Anlo- Ewe supremacist tribal agenda during the Rawlings era, then the group did a lousy job in not developing the Volta Region.

On the question of the perennially and internal exploited and oppressed people of Northern Volta, if I may humbly ask, who has exploited the Northern part of the Volta Region? Is it the poor fishermen folk in Ketu? or the peasant rice farmers of Affife?

Come of it, Kwame, the Volta Region, like most parts of the country is highly underdeveloped. It is patently nonsense and very divisive to state that the residents of the Northern part of the Region have been “internally exploited and oppressed”.

It is untrue, false, dangerous and simply bad politics to create the wrong impression to the outside world, that the Southern part of the Volta Region was exploiting the Northern Part – absolute trash. They all share one common attribute- “tribe poverty”.

Kwame Ahoofe Jnr even finds the Royal Title of Togbe Afede X1V “spooky”. I am pretty sure that in his inner heart, Kwame passionately belief that the “Ewe people” do not deserve a seat at the dining table of “Ghanaians”.

Based on Kwame’s logic, Oti Region would become the next “Dubai of Ghana” as the indigenes of the Northern part of Ghana has got rid of their Southern oppressors- What a joke!

Let us move on to Kwame’s assertion that the Agbogbobmefia of the Asogli state has “ridden roughshod over the ………. Fourth Republic Constitution to engage in partisan politics”. Kwame’s reason is simple: Under the late President Mills, Togbe Afede X1V served as Chair of at least 2 transitional committees.

In effect, the Agbogbobmefia of the Asogli State has been called upon by both the NDC/NPP administrations to serve his country in different capacities.

Kwame finds the Agbogbobmefia call for the formation of a continental organisation of traditional Chiefs to complement the work of African Governments totally “unacceptable, dangerously suspicious and utterly absurd”. Once again, he lashes out at the Agbogbobmefia of the Asogli State and accuses him for being a sworn due paying member of the NDC and the architect of the recent aborted December 17 Referendum.

Maybe Kwame, has access to the NDC Card bearing the name of the Agbogbobmefia of the Asogli State or better still a Supreme Court order gagging the President of the National House of Chiefs from engaging in debates or speaking on issues of national interest.

When did it become a crime for any citizen of Ghana or Black Africa to call for a united front among traditional rulers, young people, women, entrepreneurs etc in our efforts to build a strong and better Africa?

Or just because the call came from an “Ewe” King, it must be buried under the dust bin? I will like to quote Togbe Afede X1V, Agbogbobmefia of the Asogli State during the launch of the Volta Region Economic Development Plan

“The development plan we are launching today was inspired by the belief that the development of our nation is a shared responsibility, and the traditional authorities, who are closest to the people, have an important role to play…… We are taking a bold step towards a stronger acceptance of our responsibility”

Is this the words of a cynical, dangerous or corrupt person? Should his ideas of creating a continental organization to complement post-colonial African Governments be seen as a threat by his opponents? I am absolutely certain that if, the celebrated “Black Lives Matter” movement had been the brainchild of the Agbogbobmefia of the Asogli State, Kwame Ahoofe Jnr would have rubbished it.

Finally, the world and friends of Ghana wants to know what steps we need to take together as a nation to bring about real improvements that will change the lives of our people for the better not writings on tribal bashing and tribal superiority nonsense.

In concluding, my stay and continual stay in the Volta Region was greatly assisted, enhanced, brightened and Blessed by a beautiful kind, loving gracious Ewe lady, Fiano Rosalia Akuyo Anyawoe who died in 2018. God Bless Her Soul. I opened up and enjoyed and continue to smell and embrace the warmth, beauty and love of the beautiful ‘EWE’ people.

Kwame Ahoofe Jnr, I pray you will open your arms and heart to seek and find one Ewe soul, just one Ewe person who will bring light to your misty lenses of hatred of the Ewe people. It may help you to erase the scar that you still bear on your heart and soul.