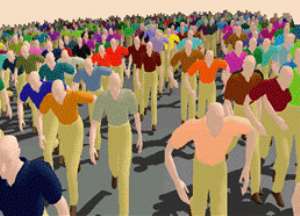 Kumasi-Ashanti Region, GNA - Ghanaians can enjoy true freedom, if they were totally free from political, economic and cultural manipulations from the western world.

Mr Michael Monak, Executive Director of Pan African Resource Centre, a Kumasi-based nationalist organisation, has noted that the country's continuous economic reliance on the western countries, multi-national corporations and youth adoption of western culture and lifestyles, had proved that Ghanaians were not wholly free and independent.

Mr Monak was launching the Golden Jubilee Prayer Walk Project, a programme initiated by the Centre as part of its activities to mark the celebration of the nation's 50th independence anniversary in Kumasi on Wednesday.

Activities planned in the five-month project include a triangular walk from Kumasi through Takoradi to Accra, awareness creation on environmental sanitation, HIV/AIDS education, fasting and prayers, lectures, symposia and quiz competitions in the tertiary and other educational institutions.

Mr Monak said by the end of the project, Ghanaians, especially the youth would be inculcated with the spirit of patriotism and nationalism, moral virtues, spiritual upliftment and also to be able to appreciate the dignity of the African personality and emancipation.

Pastor Prince Yaw Kwakye, the project co-ordinator, implored Ghanaians to continue to pray fervently for peace, progress and prosperity as the country prepared to celebrate its 50th independence anniversary.

He indicated that without love, unity, forgiveness and the spirit of peaceful co-existence, the quest for the country's rapid socio-economic development could not be realised.

Pastor Kwakye advised Ghanaians to put their faith in God, adding, "without God's intervention, no authority can achieve much".