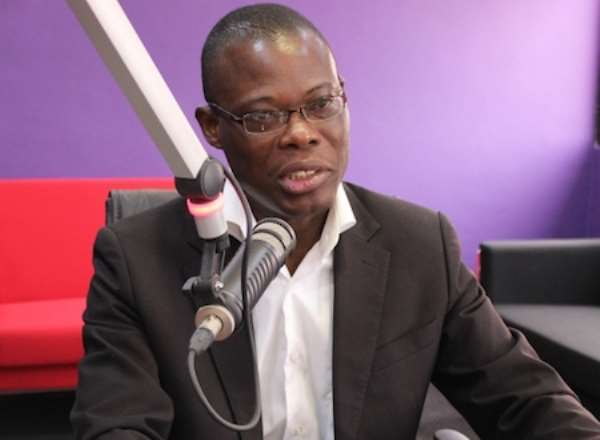 The Member of Parliament for the Ketu South Constituency Fiifi Fiavi Kwetey has described as unfortunate government’s continuous denial of alleged military intimidation and targeted attacks on Ewe people in the ongoing Voter registration exercise.

The lawmaker’s comments are in reaction to earlier claims by President Akufo-Addo that he is unaware of any form of intimidation at any registration center in the Ashanti region and across the country.

While addressing Islamic worshipers at the Kumasi Central mosque on Friday, 31 August, 2020 President Nana Akufo-Addo denied knowledge of acts to prevent anyone from registering, while stating that, “the registration exercise in Ashanti region and other areas has been very peaceful.”

But according to the NDC MP, government’s continuous denial is a show of dishonesty and lack of integrity on the part of President Nana Addo Dankwa Akufo-Addo and the New Patriotic Party.

He said, “It doesn’t come to me as a surprise, because when you create the impression that the only reason why you lost elections in the past is because certain foreigners came and voted against you and so you now do everything possible to prevent those aliens from voting but then, you come to realise that the numbers that are registering are still huge even though you have blocked the borders, you have sent soldiers to so-called prevent these people from coming, the people in Ketu South continue to come out in their numbers, there is nothing you can do except to try to use some of these communist inferior tactics that they are using, going to literally disturb people in the queues telling them that they are not Ghanaians, they cannot register.”

He added further that the recent happenings in the country is a manifestation of a long held view by the NDC about the intolerant nature of the NPP and President Nana Addo Dankwa Akufo-Addo.

“…unity is our strength but unfortunately, it does not appear that Nana Akufo-Addo and this government understand the need for keeping this country together and respecting that we are all one people, even though we come from different places, speak different languages but we all work together for the same destiny of our country,” he said.

“There is already a long history that whenever he is desperate for power, the first group of people that he thinks about in terms of attacking are the people who come from the Volta region, which is totally unfortunate. And so, for him to be denying, for me, is just letting the world know that not only are we dealing with people who are desperate for power but they also don’t even have the honesty to accept the wrong things in order for them to correct the wrong thing here,” he added.

Meanwhile, the former Minister of state has donated some 18 HP laptop computers and 18 other Leser Jet printers/scanners to the Volta Regional Secretariat of the NDC in Ho on Sunday, for onward distribution to all 18 constituency offices in the region.

Mr. Fiifi Kwetey also donated a laptop, a printer/scanner and a cash amount of GH¢5,000.00 to the regional office in support for the ongoing Voter registration exercise.