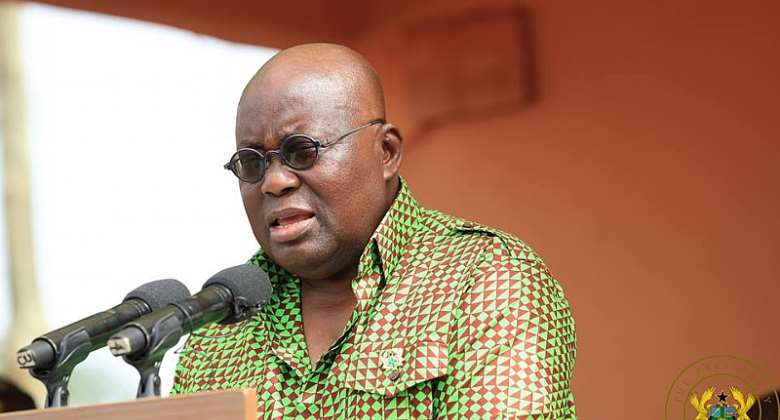 If Ms. Margaret Ansei – aka Magoo – the former Municipal Chief Executive Officer (MCE) for Suhum, in the Eastern Region, really wants to know who the greatest liar is among our five Fourth-Republican Presidents, she had better begin with the man who, in the leadup to the 2012 Presidential Election, promised Ghanaian voters and the citizenry that he intended to retrieve every pesewa stolen from our National Treasury by Mr. Alfred Agbesi Woyome, the genius kleptocrat and foremost underwriter of the National Democratic Congress (NDC) – (“Ghanaians Will Punish Akufo-Addo with Massive Defeat for His Gross Dishonesty – Magoo” Modernghana.com 8/1/20).

Let Ms. Ansei, by all means, celebrate the supposed honesty and integrity of Candidate John Dramani Mahama by telling Ghanaians precisely how many pesewas, let alone cedis, the then-President John Mahama was able to retrieve from Mr. Woyome during the four-and-half years that the former was holed up in Jubilee House. You see, this is what real deceit looks like. It is also rather disingenuous for Ms. Ansei to pooh-pooh Nana Akufo-Addo’s fee-free Senior High School System, as one that was haphazardly implemented, when all that her former boss was able to do was not only effectively bankrupt the John Agyekum-Kufuor-implemented token premium-based comprehensive National Health Insurance Scheme (NHIS), but create more youthful illiteracy in the country than any other government since Independence.

It is also criminally absurd for the Deputy Spokesperson of the 2020 Mahama Presidential Campaign to credit her boss with a bogus chimerical education policy initiative called “progressively free Senior High School System,” which was selectively aimed at promoting the intellectual and cultural development of the northern-descended Ghanaian youths at the expense of southern-descended Ghanaian youths, as a means of facilitating the catching up of a significantly lagging level of northern education with that of the much higher and more qualitative level of southern education. You see, for a pathologically self-righteous politician who is quick to accuse his southern-descended colleagues of ethnocentrism, or tribal-based discrimination – remember “They have made us Presidential Spare-Tires” 2020 electioneering campaign credo? – Mr. Mahama’s idea of accelerating the development of northerners is to literally and luridly tie the hands and feet of southern-descended Ghanaian youths, while their northern-born neighbors and brothers and sisters ran the marathon with all four limbs untethered.

That was what former President Mahama’s copycat so-called SADA (or Savannah Accelerated Development Authority) was squarely about. You see, in the political playbook of an incurably jaundiced Little Dramani, the hard-fought achievements of southern-descended Ghanaian citizens, especially Akan-descended Ghanaians, have been at the unforgivable expense of their heavily and wantonly exploited northern-descended fellow citizens. Not surprisingly, Little Dramani has a well-educated self-hating and Akan-denigrating southern-born Ghanaian citizen who is willing to distort the historical reality of our beloved nation, as a means of helping the megalomaniacal “Ganger Boy” achieve his unabashed and barbarous policy of anti-Akan menticide.

Indeed, if, as it clearly seems to be the case, Candidate Mahama is looking to do another “Atta-Mills Number” on Nana Addo Dankwa Akufo-Addo, the way he did on that nauseatingly timid Fante-Ekumfi Boy, then the Gonja Boy had better prepare for a rude awakening.