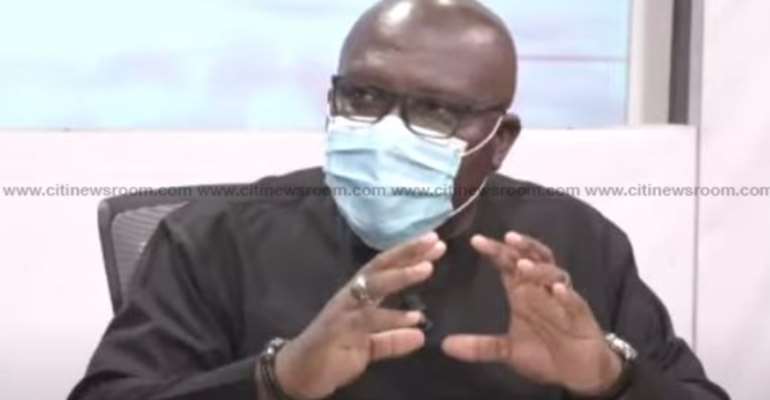 The Member of Parliament for Mpraeso, Seth Kwame Acheampong says leaders of the opposition National Democratic Congress (NDC) is thrown into a state of confusion and disarray anytime the Vice-President, Dr. Mahamudu Bawumia, speaks.

The Mpraeso legislator held that the NDC is no match for Dr. Bawumia on matters of the economy.

“…anytime Bawumia speaks, the spines of brother and his party people can’t get some comfortability because he just shatters them. So the mere name Bawumia terrifies them,” he said.

Dr. Bawumia, in recent a write-up, listed some achievements of the Nana Akufo-Addo administration in comparison with the Mahama administration.

The NDC, in response, downplayed the impact of Dr. Bawumia on the country’s economy.

A Deputy Campaign Manager for the NDC, Alex Segbefia, for example, said he did not take Dr. Bawumia seriously on matters of the economy.

“As far as I am concerned, even in his own field, he has lost credibility,” he said.

Mr. Acheampong retorted that “the NDC has nothing to say about Dr. Bawumia so they just go to town and say he has lost credibility.”

“The good people of this country have got confidence in him and his boss [Nana Akufo-Addo] and gave them a huge victory to come and manage this country.”

These comments were made on Citi TV's weekend current affairs program, The Big Issue with Godfred Akoto-Boafo on Saturday, August 1.

Latest Photo Reports
Catch up with all the political quotes from our politicians.
Advertise here
More NDC News
ModernGhana Links
“Even those who lost elections are thanking people, what are their problems with me inspecting projects?” – Akufo-Addo jabs NDC
We appalled by machiavellian tactics to get MCE nominees confirmed — Western North NDC
2020 polls: We could've also gone on promise spree like NPP – NDC
Tell your family and friends choking the payroll to forfeit their juicy jobs and go into entrepreneurship — NDC’s Basintale
NPP no match for NDC, we'll win 2024 elections hands down – Ofosu-Ampofo
We'll discipline you for early campaign to unseat NDC MPs – Ofosu-Ampofo warns
Investigate election 2020 related deaths to protect Ghana’s democracy’ – NDC tells Akufo-Addo
Election-day 'soldiers' were not from GAF – NDC's Awo Kekeli
NDC's re-organisation: We'll shut down the national headquarters, go from branch to branch to organise elections ourselves —Mahama
TOP STORIES