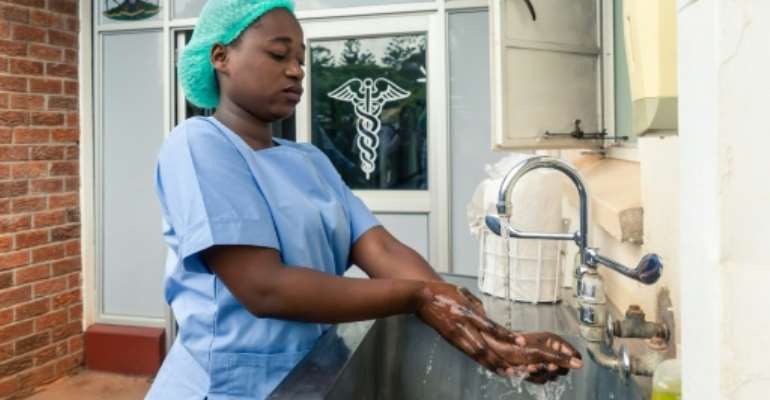 Gut-wrenching images of seven stillborn infants wrapped separately in green sheets and laid out in a row on a hospital counter in Zimbabwe have drawn public outrage.

Seven of the eight births in one night last week at just one state hospital in Zimbabwe's capital were still, and medics warned that the incident was just a tip of the iceberg of the dire state of health care in the southern African country.

The public health care system is teetering on the brink of breakdown with shortages of basic drugs and equipment and an overburdened and underpaid staff.

Experts say the health crisis has its roots in the country's wider economic collapse which has brought back hyperinflation, shut factories, pushed the official unemployment rate to an estimated 90% and seen the majority of the population sink deeper into poverty and hardly able to afford a square meal.

The coronavirus pandemic has added to the crises.

Nurses countrywide have been on a go-slow for months demanding improved remuneration and coronavirus protective gear.

They have since been joined by senior and junior doctors.

On Saturday night, the country recorded 490 cases, its highest number of new COVID-19 infections in any 24-hour cycle. 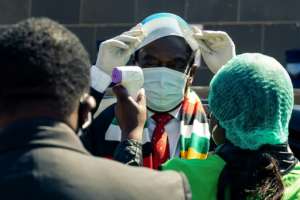 The total number of diagnosed cases now stands at 3,659 with the number of deaths having more than doubled to 69 in ten days.

"I call on our medical staff to act in the national interest and exhibit sense of responsibility," said Mnangagwa in a eulogy on Friday.

"Your grievances, which we acknowledge and continue to address, cannot be at the expense of the loss of lives.

"When the pandemic spreads and the death toll rises there are no winners, none at all. We all die," he said.

But nurses who staged protests separately at major state hospitals last month have vowed not to backpedal until their grievances are addressed.

"We are being forced to wear N95 masks for seven days and surgical masks for three days yet we are supposed to use them once before we dispose them.

"We cannot continue dying and we will protect ourselves and families by staying home," he said.

The country has had no substantive health minister for nearly a month.

President Mnangagwa sacked health minister Obadiah Moyo on July 7 after he was charged with corruption over the illegal awarding a $20-million contract for coronavirus testing kits and protective gear.

Most public hospitals are without administrative heads following their dismissal en-masse over corruption allegations related to the procurement of coronavirus equipment.

Doctors attribute complications that lead to deaths of infants to difficulties by expectant mothers to access health care when needed.

The few staff reporting for duty at government hospitals that serve the majority of poverty-stricken Zimbabweans feel overwhelmed.

"A brave doctor only managed to take that picture (of dead infants) but that is a very small number taking into consideration what is happening in other hospitals," said Matara.

"We have no PPEs and all the government does is promise. There are no medicines in the hospitals. It is difficult to do our job," said Matara.

According to Matara, 15% of the national recorded virus infections have been detected among health workers.

"That's a huge number. It shows that we are at high risk of getting infected as such we can't continue working without protective clothing," Matara said.

A lobby group, the Community Working Group on Health, is urging president Mnangagwa to urgently fix the health sector and stop unnecessary deaths and suffering.

"There is a lack of political seriousness needed to address the current health challenges," said the group's director Itai Rusike.

"Without a substantive minister and permanent secretary to lead from the front in dealing with the crippling industrial action, the ministry is operating on autopilot," added Rusike.