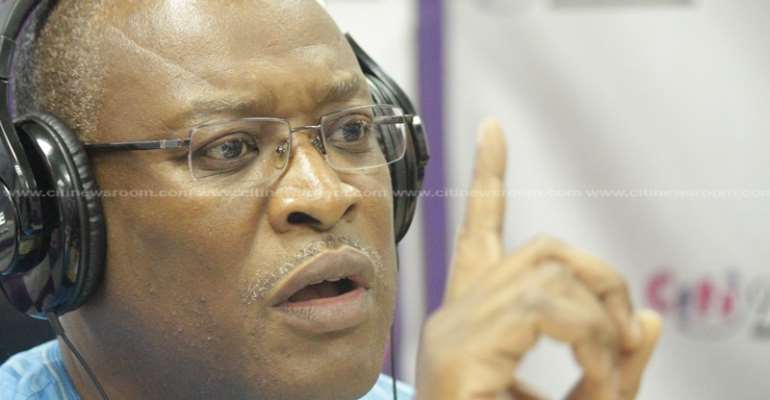 The Deputy Campaign Manager for the opposition National Democratic Congress (NDC), Alex Segbefia has taken a swipe at the Vice President, Dr. Mahamudu Bawumia, after his recent criticism of the NDC’s time in governance.

According to Mr. Segbefia, “the biggest problem Bawumia has now is credibility.”

He made reference to Dr. Bawumia’s past comments on the rate of borrowing under the Mahama administration.

Dr, Segbfia believes that was “the most irresponsible statement for him [Bawumia] to make professionally and on the political front” because of the rate of borrowing under the Akufo-Addo administration.

“After all that he said, look at how they are borrowing. How do I say anything he says now is credible? As far as I am concerned, even in his own field, he has lost credibility.

In view of this, Dr. Segbefia said the NDC was not fretting over Dr. Bawumia’s comments on the economy.

He further criticised the continued promises from the New Patriotic Party, even in governance.

“Bawumia has been in a campaign mood since they were sworn in and that why he keeps promising even in power and we should take him seriously?”

The Deputy Campaign Manager of the NDC made these comments on Citi TV’s weekend current affairs programme, The Big Issue with Godfred Akoto-Boafo on Saturday, August 1, 2020.

Also on the show, the Member of Parliament for Mpraeso, Seth Kwame Acheampong, who spoke in favour of the government, disagreed with Dr. Segbefia’s comments saying the NDC was terrified of Dr. Bawumia.

“The NDC has nothing to say about Dr. Bawumia so they just go to town and say he has lost credibility. The good people of this country have confidence in him and his boss [Nana Akufo-Addo] and gave them a huge victory to come and manage this country.”

“For me, I don’t want to go into that argument. It is too early in the day because anytime Bawumia speaks, the spines of [NDC] party people can’t get some comfortability because he just shatters them. So the mere name Bawumia terrifies them,” he said.