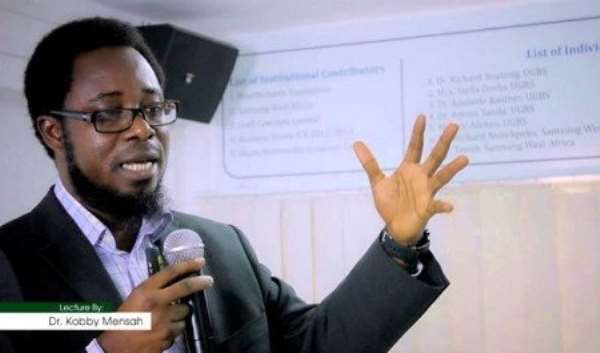 A Senior Lecturer at the University of Ghana Business School Dr. Kobby Mensah says President Akufo-Addo has eroded his incorruptibility tag with his leave directive to the Auditor-General last month.

According to him, the President can no longer convince the citizenry during campaigning that he is incorruptible.

It comes after revelation that the keys to the office of Mr Daniel Domelevo have been changed while he is on leave. The Auditor-General found out about the key change when he visited the office few days ago.

Commenting on the development, the political marketing strategist said the President is hurting is own brand with the standoff with the Auditor-General.

“You can’t go to the people and say you’re the incorruptible man because you have actually eroded that perception. If you can easily dismiss your auditor general, what you have done is to erode that gain that you had,” he said while speaking on the Analyses on Starr FM Saturday.

Also commenting on the development, the Executive Director of the Institute of Democratic Governance, Dr. Emmanuel Akwetey said the treatment of the Auditor-General has affected Ghana’s image on the global stage.

“It’s a terrible joke because this matter has gone global, the locking of the office makes it worse. Look at his performance in the last three years, it is not just his office but the whole institution has changed. The Audit Board’s chairman’s behaviour makes Domelevo’s false leave untenable. If anybody is being hurt by this, it is the good name of the President”.

The Chairman of the Audit Service Board Dr. Edward Duah-Agyemang, however, told Starr News the keys to the Auditor-General’s office was changed in order to secure the office.

I’m worried Central Region is allowing other regions to over...
11 minutes ago