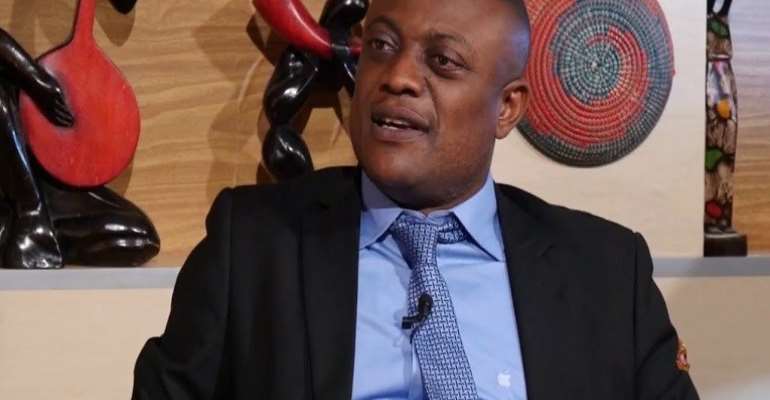 Lawyer Maurice Ampaw, a likely private legal practitioner and social commentator, has uttered a statement of which I beg to differ. However, each of us is entitled to their opinions as "opinions are like noses; everybody has one"

He had said on a video while granting an interview to the host that he is going to vote for President Nana Akufo-Addo and the NPP come the 7th December 2020 general elections. However, he says he will campaign against the NPP to lose the 2024 elections. His reason being, after eight years in power, no government has any more credible policies, ideas and programmes to implement so it has to exit power for another one to come.

I disagree with him on his assumption that a political party in government for a continuous eight years will have run out of fresh ideas so it should exit to give way to another political party that may have fresh ideas. I think he subscribes to the idea that in Ghana power should rotate between the NPP and NDC on eight-yearly basis.

Let me take him through the recent political histories of some Western countries. In the United States of America (USA), the late President Ronald Reagan of the Republican Party won two terms in office. His Vice President, the late Mr George Bush Snr, succeeded him by winning the election to rule for one more term for the Republicans. In the United Kingdom, former Prime Minister Tony Blair of the Labour Party won three consecutive terms, served two terms and a half and passed the baton to his Exchequer, Mr Gordon Brown, to serve two years. Tony Blair could have continued to win elections had it not been his ill-advised involvement in the Gulf War that culminated in the killing of the Iraqi President Saddam Hussein, and which made him unpopular. Even Gordon Brown stood the chance of winning the election for Labour Party had it not been the worldwide financial crisis and Gordon Brown's accusation of a woman for being a political bigot that went viral, infuriating the British electorate, in the dead of the election year.

Prime Minister Margaret Thatcher won three successive elections. When she resigned in November 1990 and was replaced by John Major, also a Conservative (Tory), he went ahead to win the election for a record fourth consecutive electoral victoryfor the Conservatives.

There are many such instances where one and same political party has won elections for three or more consecutive terms. It has happened in France. In all these mentioned countries, the governments continued to perform well.

Therefore, I disagree with Lawyer Ampaw saying that after two terms in office, a governing political party or government will have run out of ideas to necessitate her replacement by another political party.

Let me take him to Rawanda in Africa. How many years has President Paul Kagame of Rwanda been in power? He has been in post as President since year 2000. Has he not always fresh ideas and is he not developing his country to the admiration and envy of many people throughout the world, especially, those of us in Africa?

If there is a more visionary political party in government, will you have it replaced for the mere fact that it has been in power for eight years so it obligatorily needs to go for another one to come in even if the incoming one is clueless, incompetent and markedly corrupt? It is continuity that has made Rwanda what it is today to the envy of all African countries.

In Ghana, when the NPP government comes to build, the NDC will be on the heels of NPP, take over, only to dismantle or destroy almost all the programmes and policies they have put in place in the best interests of the nation and the citizenry. This is a fact that no discerning Ghanaian can dispute except the corrupt partisan ones playing stomach politics.

I shall end here. This is food for thought for all.