Squatters Along Odaw River Ready To Relocate After AMA Ultimatum 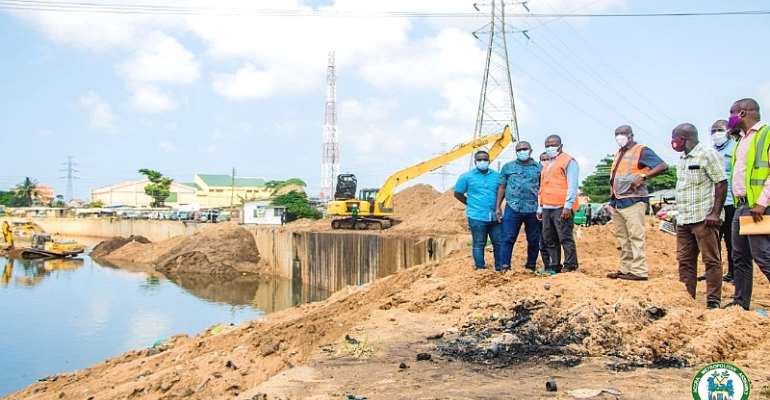 Squatters residing along the banks of the Odaw River in Accra have agreed to relocate to make way for the heavy-duty equipment being used to dredge the river.

The Accra Metropolitan Assembly (AMA) issued a two-day ultimatum to them on Wednesday to move their makeshift structures or face eviction in the coming days.

During a visit to the place by Citi News, many of the squatters, who said they did not have anywhere to go, were willing to comply with the directive.

But they were desirous of some sympathy from the state.

“They should know conditions; how things are now. Not everybody can get money to acquire rooms and so forth,” one man said.

“We cannot defy the orders of the city authorities but I have been assisting with the duties of the AMA in ensuring that the place is clean. However, whatever their decision is, I do support it,” another said.

The directive from the AMA is to facilitate the ongoing dredging works in the Odaw River by Dredge Masters Limited, as part of a two-year project.

The Mayor of Accra, Mohammed Adjei Sowah, gave the ultimatum on Wednesday when he conducted a tour of Accra.

He explained that the continuous stay of people along the banks of the Odaw River was making it difficult for Dredge Masters Limited to get the buffer for their heavy-duty equipment to navigate and carry out dredging works in the river.

The Operations Manager of Dredge Masters Limited, Kofi Sena Adiepenna, also lamented that the presence of squatters along the banks of the Odaw, including motorbike and bicycle repairers, scrap dealers, cattle rearers among others, was hampering their work.

Assin North : This is pure criminality, I foresee the state...
7 minutes ago