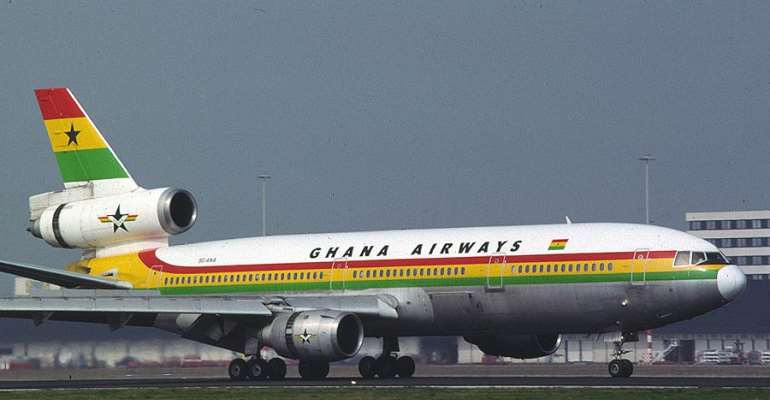 The dispute between the Union of Industry, Commerce and Finance Workers Union (UNICOF), of the defunct Ghana Airways and the Official Liquidator over the quantum of redundancy pay is to go for voluntary arbitration.

The UNICOF represents the former pilots of the airlines while the rest of the staff are being represented by the General Transport, Petroleum and Chemical Workers Union (GTPCWU).

The Public Affairs Officer of the National Labour Commission (NLC), Mr Mohammed Affum, said at this level, whatever decision or award that is arrived at would be binding on the parties.

Mr Affum said the Commission to which the dispute was referred in 2005 by the UNICOF, had appointed an arbitrator for the process because the parties could not agree on the choice of a sole or panel of arbitrators.

"The arbitration follows the failure of the parties to agree when the dispute went for mediation", he stated.

He said the Commission was concerned with only the pilots because the other staff who belonged to the GTPCWU opted out of the process at the NLC in 2005, and filed a writ before a court.

Information at the NLC indicated that on June 2, 2005, the Commission was notified by both the UNICOF and GTPCWU that their negotiation with the government task force on the Ghana Airways since November 25, 2005 had reached a deadlock.

Giving further explanation, Mr Affum said while the Commission was trying to resolve the issues involved, the GTPCWU opted out of the process and rather went to court.

He said the issues which could not be agreed on were the level of severance pay, the cut-off date to be considered, outstanding leave commuted to cash, long service award and salaries.

He said with the failure to reach an agreement, the Commission sought and received the consent of the parties for voluntary arbitration to resolve the dispute in line with Section 157 of the Labour Act.

Mr Affum hinted that the arbitrator would within the next few days, convene a meeting with the parties to hear their respective positions so that a decision could be made.