Greetings To Qatar On Eid Mubarak 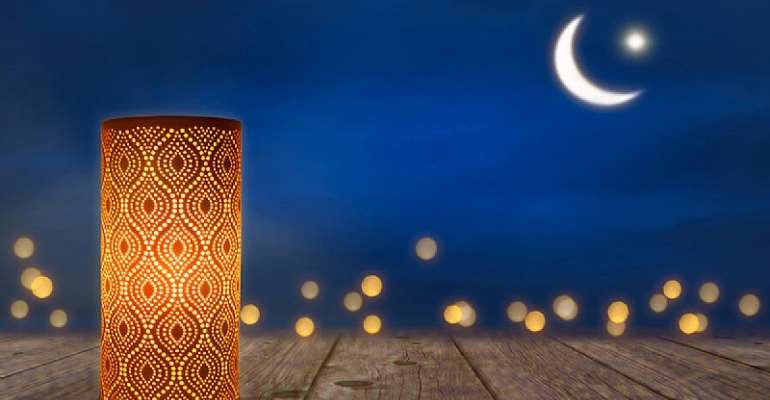 Solidarity greetings of Eid Mubarak to the blessed Emir, His Highness Sheikh Tamim Bin Hamad Al-Thani and all people of Qatar!

Once again this year, as it has been observed for centuries, Muslims from around the world, including many in Africa answered the call of Islam. Congratulations to them and congratulations to the people of Qatar. May Allah, The Almighty, protect you, accept your supplications and forgive all your sins. Masha Allah!

The uniqueness of Islam is its five pillars; and prominent among is the Hajj, which is the most unifying of mankind’s experiences. Hajj brings together Muslims from every corner of the globe, without any discrimination, such as colour, language, education, nationality socio-economic status. Suffice it to say that, Islam is a peaceful religion that embraces all peoples and faiths.

As we celebrate Eid-Ul-Adha, this year, and as we relive the ideals of Prophet Ibrahim (Peace Be Upon Him), who is revered by both Muslims, Christians and Jews alike; as we commemorate this occasion of giving charity, making and sacrifice and feeding the poor, humanity is reminded of the common bond that we all share together.

As you began to commemorate four-day of the Eid al-Adha holiday, or Feast of Sacrifice, the Sheikh Tamim Bin Hamad Foundation (STBHF) is impressed that the blessed Emir, His Highness Sheikh Tamim Bin Hamad Al-Thani was at the forefront to perform the Eid-Ul-Adha prayer this morning along with Qatari citizens from all walks of life. On watching international satellite television channels in Africa, we saw the blessed Emir on the front role of the praying ground, and there was nothing like armoured tanks, anti-aircrafts’ guns or foreign fierce terrorists guarding him, Masha Allah. This did not happen in other Arab countries because the leaders in those countries have the blood of the Arab people of Yemen hunting them everywhere.

Eid al-Adha or Feast of the Sacrifice is an important religious holiday celebrated by Muslims worldwide to honor the willingness of Prophet Ibrahim (PBUH) to sacrifice his son Ishmael (PBUH) as an act of obedience to God. The basis for the Eid Al-Adha comes from the 196th verse of sura 2 (Al-Baqara) of the Quran.

At the Sheikh Tamim Bin Hamad Foundation (STBHF), we are proud of the blessed Emir, His Highness Sheikh Tamim bin Hamad Al-Thani, whose leadership by example serves as a role-model for other world leaders. We hope that common sense will prevail so that the blockading Arab governments may draw lessons from the message of Eid-Ul-Adha by eschewing tendencies that could severe the unity and stability in the Middle-east. If they truly believe in the Oneness of Allah and preaching of the Holy Prophet, Mohammed (SAW), then let us believe that the blockading countries-Saudi Arabia, Bahrain, United Arab Emirates and Egypt-will adhere to the tenets of love, caring and sharing that the Holy Qur’an teaches, because love is the bedrock of any truly meaningful sacrifice. We call for an end to the blockade against Qatar.

This year’s commemoration of Eid-Ul-Adha cannot be celebrated as the tradition calls, but we can use the occasion to reflect on the previous months of our lives as individuals, as nation, as a region and as humankind. We can use the occasion also, to remember our health care workers, and the numbers of COVID-19 patients who would have loved to be at home to celebrate with us at this moment. This is because the activities associated with Eid-Ul-Adha cannot hold this year due to the devastating pandemic.

There is no doubt that Qatar, under the wise leadership of the blessed Emir, has made sacrifices in this peculiar times of Covid-19 pandemic. We urge the Gulf nation not to be weary, and continue to make sacrifices propelled by love, for God, for Africa and for humanity.

We would like to welcome as many Qataris as possible to the Sheikh Tamim Bin Hamad Foundation (STBHF) for the first time. This is their Organisation and their solidarity bridge with Africa. Irrespective where one Qatari lives, we count on their membership.