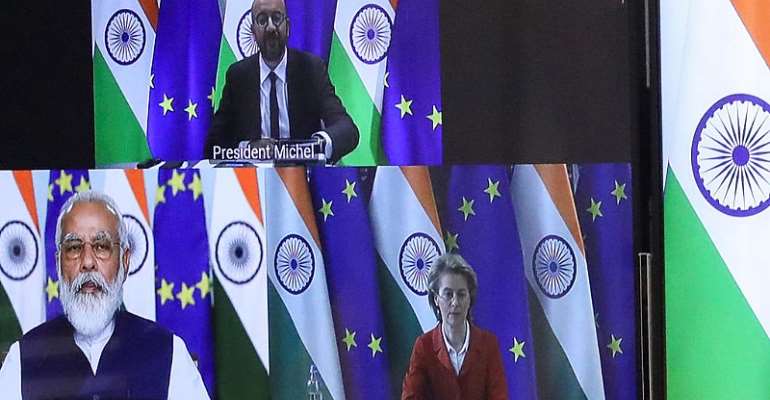 India will allow some of the world's top foreign universities to set up campuses in the country as the government also promised to spend billions of Euros more to propel national education well into the 21st century.

Many in his BJP party had earlier opposed the entry of foreign universities into India.

They argued the step could put higher education beyond the reach of most Indians who still earn less than 3.3 Euros a day.

“NEP has a special focus on fee transparency, so I am sure it will keep the cost in check,” prominent educator Sirish Gupta told RFI.

The policy paper said the world's top 100 universities will be “facilitated” to operate but within Indian regulations.

“A legislative framework facilitating such entry will be put in place, and such universities will be given … content norms on par with other autonomous institutions of India,” it added.

Krishnaswamy Kasturirangan, the policy's main architect, rubbished the fears over their entry, which some experts believe may bring back Indian students who spend millions of Euros to study abroad.

“I did not find any concerns that India should interact with the better institutions of the world and if necessary bring the best of their experience into our soil,” Kasturirangan said in public comments.

Opposition politician Shashi Tharoor in a series of tweets said some of the targets seemed unrealistic and warned the policy aimed to tighten state controls in on classroom education.

“Overall, my worry is the NEP showcases a strong tendency towards centralisation,” said Tharoor, a former education minister.

“The vision of the policy is to instill among the learners a deep-rooted pride in being Indian…,” the policy said as some critics argued it could sully modern education with myth and superstition.

But Kasturirangan, a former chief of India's national space agency, defended his plan.

“By learning our ancient heritage doesn't mean you are going to sacrifice your scientific temper,” he told India Today TV.

Modi's government said the policy was a result of wide consultations.

“There has also been the involvement of the common people?”Higher education secretary Amit Khare added.

Debate on mother tongue
It also suggested junior grade students are taught in regional languages or in their mother tongue in India, where 15 percent of schools use English as the medium of education.

India's privately-run English medium schools are coveted but are beyond the reach of the poor who are compelled to send children to shoddy state institutions.