Ingratitude Versus Gratitude; Looking At One Of Archbishop Duncan-Williams Speech 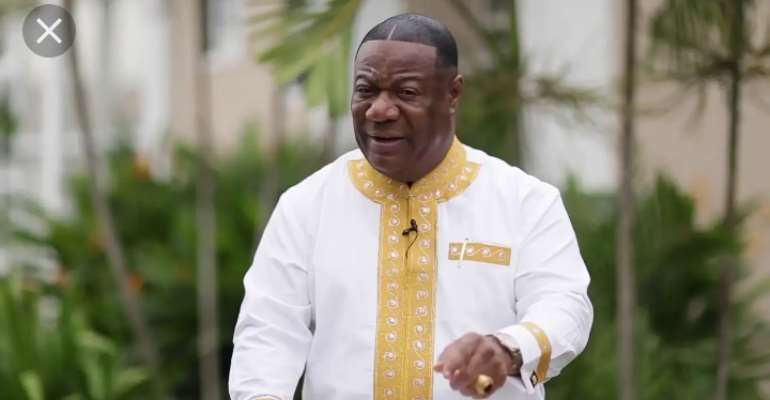 Archbishop Nicholas Duncan-Williams has admonished humanity to show gratitude to people who have assisted them in any shape or form and that is the key to longevity.

He said The Bible says forget not the stone, out of which you were hewn. People forget so quickly in life. Many people have short memory. I've learnt over the years not to forget where I've come from, it is a curse to forget, it is unrighteous to forget.

Gratitude gives longevity and an ingratitude will cut short. So learn to be grateful, learn to be thankful and learn to remember, don't forget where you came from. This is the defect that afflicts most people. People normally forget those who have helped them and in most cases turn round and attack them.

He continued his narration by saying that, so many people in life forget the person who helped them, they forget those who connected them, gave them exposure, introduced them, took their hand, took them somewhere. As soon as they arrive at a point in life, they think they've made it. In life, you can never hit the height of life until you get out of here.

There is always room for improvement. So don't be satisfied with where you are and don't show ingratitude because if you think you don't need the man or woman or the boy or the girl who helped you when you needed that help, show gratitude, remember people, help people. Learn to say thank you, have an attitude of gratitude and thanksgiving, it will take you far the Papa added.

Because whenever you think you don't need anybody, you've arrived, you've made it, you're successful, you stop growing and begin to diminish and you begin to die. If you want to live, and don't want to die, keep showing gratitude and remember where you came from, remember others.

Every now and then, God will say to David that, remember David you're a shepherds boy, I took you from the sheepfold and I made you King over Israel and I gave you your master's throne and your master's wives. God always reminded David in Deuteronomy 8:18 and God said remember the Lord thy God, why? Because success, wealth, power, money can make you forget. But, God said remember that success, and influence and power and money has expiry date and for every action there are consequences.

He continued that, God has no regard for material things because you know something, let me show you God's value for money. The streets in heaven are made of gold and that is how insignificant money is to God. He sees money as nothing. So if your confidence and who you are and how you relate to others especially those who have helped you in life before is derived from material wealth, blessings and money or influence of power, you would be pitied among all men.

But, if your confidence is derived from this one thing, that you know the Lord who execute judgement, righteousness and justice on earth, then you're on a good track in life. So learn to remember and don't be puffed up, don't be arrogant, don't be proud which you were never before, but suddenly you've become proud and arrogant, why? Because of the things you've acquired. That could be your downfall.

A man's life does not consist of the abundance of things that he possesses. So don't let things don't let accolades don't let events and relevance in life and access and influence make you go insane he advised.

Arrogance and pride is insanity, is madness. Be wise, be sober, be vigilant. Your life does not consist of the abundance of things that you possess. If you think you're who you're because of the money you've in the bank account or because of your success or because of your achievement, you're deceiving yourself. You're a child, you're a kid. Non of those things makes you who you are.

He concluded that the credit must go to the grace of God. Let's give God the credit and let us not be anything outside of grace and you will live long and you will go far. Remember, gratitude gives longevity, ingratitude will cut you short. Show gratitude and live long.