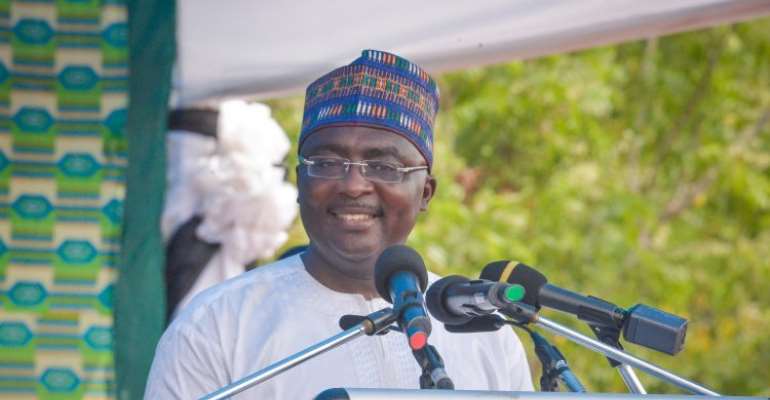 Speaking at the 2020 virtual Eid Mubarak Celebration at the premises of Ghana Broadcasting Corporation, Dr. Bawumia said Mr. Mahama, who was President from 2012 to 2017, ought to be judged on his performance not promises on the current campaign trail.

“It is not what you say you are going to do, but what you actually have done when you had the opportunity to serve.”

“What did you do to alleviate the suffering and the promotion of inclusion when you were in office,” the Vice President asked of Mr. Mahama.

On the matter of inclusion, he stressed that President Akufo-Addo has walked the talk by implementing the free Senior High School policy, amongst others.

He described the policy as “the most important social intervention since independence.”

“On the socio-economic front, the government has ensured access by all to Senior High School education through the implementation and free SHS and Free TVET.”

Still on the topic of elections, the Vice President also urged Muslims across the country to promote peace ahead of the polls.

He urged them to “ward against acts of violence” as the election cycle is expected to get more intense.

“Regardless of your political affiliation, politics should not be a barrier between you and your fellow brother from the same community,” Dr. Bawumia warned.

“It [elections] is not an exercise to divide us through violence,” he added.