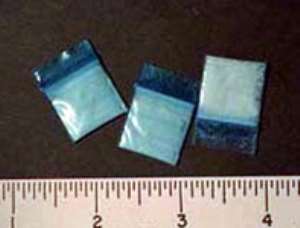 Accra, GNA - The National Media Commission (NMC) on Tuesday asked journalists to be circumspect in the coverage of the Justice Georgina Woode Committee investigating the loss of narcotic drugs, saying it was concerned about the increasing incidence of speculation suggesting massive institutional failure and leadership complicity.

"Such insinuation against whole institutions, especially the Police, has the capacity to erode public confidence in the security system and undermine people's sense of safety, which itself can fuel public apprehension and create panic," an official statement signed for Mr Paul Adu Gyamfi, Chairman of NMC, said.

The NMC said it considered media efforts in helping the nation to unravel the worrying drug story commendable, but was concerned about speculation and rumours in the reports.

"In moments like these, it may serve the public interest best if the media focused on the evidence before the Committee, contextualised it and reduced reliance on rumours."

The NMC said in this way, the media could help the nation to construct a social narrative that was consistent with the established facts before the Committee and which could help the citizenry to understand exactly what had happened and the institutional lapses, if any, that could have led to it.

The NMC said it was worried that some media had set themselves up as alternative forums to try and reach their own conclusions on the matter under investigation.

"Ordinarily, this should not cause concern especially if the stories are analytic and properly back-grounded.

"But where an issue has such national and international resonance, the best the media can do is to adopt a utilitarian approach by asking which journalistic choices serve society best.

"Otherwise, the situation is created where there are too many alternative stories about the issue under investigation, which then undermines the legitimacy of the official truth as established by the properly constituted Committee."

The NMC advised the media to first try to understand what the Committee's work was about, its possible impact in the fight against drugs and organised crime and what the county stood to benefit if it succeeded.

The Ministry of the Interior on July 3 announced the setting up of a five-member committee to investigate a number of narcotic drug cases.

The Committee, which has one month to complete its work, is investigating the suspected loss of parcels of narcotic drugs from a seized ship and allegations levelled against some Police Officers with respect to the seizure of narcotic drugs at East Legon in Accra.

The first case, the Narcotics Control Board (NCB), acting upon intelligence information that a ship on the high seas was suspected to be carrying narcotics drugs, intercepted the vessel on April 27, 2006 with the assistance of the Ghana Navy.

The statement said officials of the NCB conducted a search on the vessel and discovered a leather bag containing 30 slabs of a whitish substance suspected to be cocaine. This was seized and taken to the headquarters for safekeeping.

"Intelligence information is that originally, there were about 78 parcels in the vessel with each parcel containing 30 kilograms of cocaine.

"This suggests that 77 parcels of cocaine each weighing 30 kilograms were taken out of the vessel just before it was intercepted."

The statement said the Committee would, among other things, find out the person or persons who brought the parcels on board the vessel and determine the actual numbers of narcotic drug parcels on the vessel immediately before it was intercepted.

It is to determine whether some of the parcels on board the vessel were removed from it before it was intercepted, and, if so, to establish when and how this happened and recommend appropriate punishment.

The Committee is also to determine the whereabouts of the parcels of narcotic drugs, if any, which were removed from the vessel and investigate any other issues relating to the loss of the narcotic drug and make recommendations on how to avoid them in future.

In the second case, the Committee is investigating various allegations levelled against some Police Officers with respect to the seizure of a quantity of narcotic drugs at East Legon in Accra and to advise on appropriate actions against any person or persons found culpable.