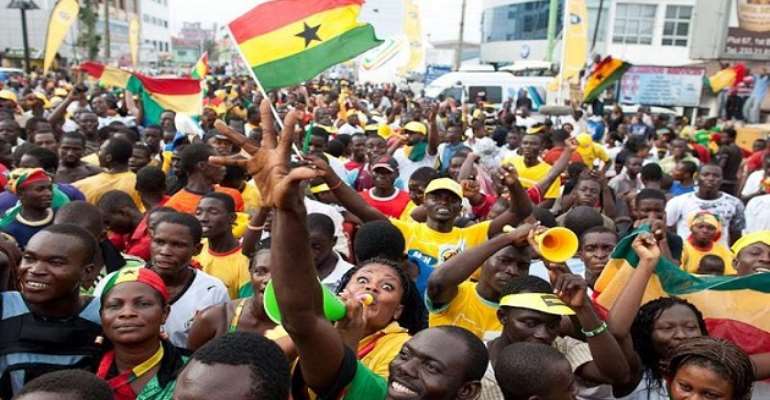 A new report on Ghana's Multidimensional Poverty Index (MPI) has revealed that about 46 of the Ghanaian population are poor in different dimensions.

This implies that with the current population of 31 million, 14 million Ghanaians are estimated to be poor in areas like health, education, and living standards.

The report released by the Ghana Statistical Service (GSS) with support from the United Nations Development Programme (UNDP), the German Agency for International Cooperation (GIZ), and the Oxford Poverty and Human Development Initiative (OPHI) of Oxford University was computed using data from the Ghana Living Standards Survey (GLSS) 2016/2017 and the 2011 and 2018 Ghana Multiple Indicator Cluster Surveys (MICS).

It looked at poverty as a complex issue that transcends monetary deprivations and assesses the multiple pathways in which people experience poverty.

Following the country's ability to halve its money-metric poverty by 2015, the 2017 data show that, at least two out of every five Ghanaians are identified as poor beyond monetary deprivations.

For health, the indicators or areas examined are nutrition and health insurance; whereas education used data on school attendance, attainment, and lag.

Households with 33% deprivations are identified as living in multidimensional poverty.

The two leading indicators that contributed most to multidimensional poverty in Ghana are deprivations in sanitation and health insurance coverage, while school attendance and nutrition scored the lowest respectively.

“The MPI provides detailed information regarding public policy instruments to motivate the design of coordinated programs between different sectors to ensure effectiveness in reducing poverty in all its dimensions”, noted the Minister of Planning, Prof. George Gyan-Baffour.

“The Ghana MPI is an important milestone, as it provides disaggregated data that sheds light on the realities of the most vulnerable. This information is key for identifying and tailoring effective interventions that reflect the development needs of all Ghanaians,” noted Regina Bauerochse, Country Director GIZ Ghana.

The results, however, show some levels of inequalities particularly relating to rural-urban, geographical divides, and age, which needs to be addressed.

This is then followed by Upper West, Volta, and Brong-Ahafo regions, whiles Greater Accra and Ashanti regions have the lowest poverty levels.

Similarly, inequality between rural and urban populations remains a challenge, with the incidence of multidimensional poverty in the rural areas being more than twice (64.6%) that of the urban areas (27.0%).

''While celebrating the success chalked, we must keep our eyes on the Sustainable Development Goals (SDGs) amidst the COVID-19 pandemic, in order to address the remaining inequality challenges, especially given that we have only 10 years to the 2030 deadline”, Ms. Gita Welch, Acting UNDP Resident Representative stated.

All the regions reduced their poverty levels between 2011 and 2017. However, the reduction in the absolute number of the poor are higher in least poor regions (Ashanti and Western) compared to the worse off regions (Northern, Upper East and Upper West). These trends suggest that catch up in absolute terms between poorer and less poor regions does not appear to be forthcoming, posing the risk of leaving some people behind.

Given that monetary poverty assessment using consumption expenditure (household spending on goods and services) has been the conventional measure of poverty in Ghana, the MPI compared the two measures.

From the results, about 6 million Ghanaians (19.3 percent of the population) are concurrently poor in both measures of poverty.

The comparative analysis shows more than half of those who are considered multidimensionally poor due to their simultaneous deprivations in education, health, and living standards, were being missed in the monetary poverty measure.

Based on the results, the report proposed a more focused investments in health, with special attention to health insurance coverage in all the regions of the country.

It further recommended coordinated efforts to increase school attainment and school attendance in the Upper West and Upper East Regions respectively, whiles policies on improving the nutritional outcomes of children should be more centered on the Greater Accra Region.

In addition, the MPI report called for policies and programs to prioritize poverty reduction in regions with the highest incidence of multidimensional poverty (Northern, Upper West, and Upper East regions).

Assin North: My victory was far superior to the dark machina...
1 minute ago