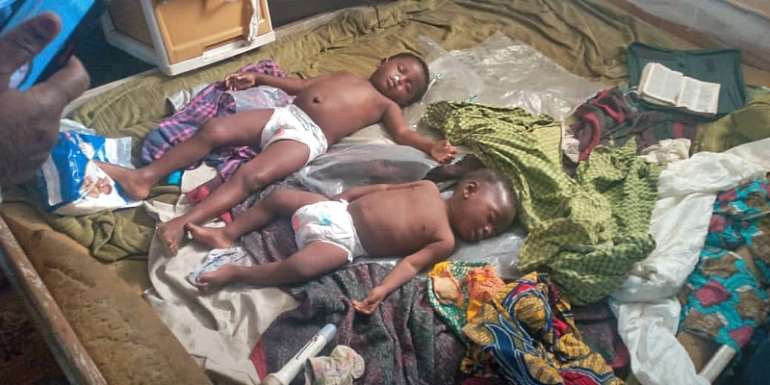 The Tema Newtown Community was thrown into a state of shock on Thursday evening following a report that a woman had allegedly poisoned her two little children.

Information gathered by DGN Online indicates that the woman has been arrested and assisting police with investigation.

The children about 3-year-old boy and about a year-old girl were allegedly poisoned by their mother in her room over claim of hardship.

Confirming the arrest, ACP Paul Kissi Frimpong, Crime Officer of the Tema Regional Police Command said that his outfit had information about a woman killing her children.

Immediately personnel were dispatched to the scene and found the woman in her mother’s house.

According to him, a search led to the room of the woman where two little children were found liveless on bed.

“Upon interrogating the woman, she said the children were not well and she sent them to the health facility and was given some drugs. She returned and gave the drug to the children who slept and since yesterday night the children did not wake up again,” the Crime Officer narrated.

He indicated that some drugs have been found in the room and police has taken custody of them to ascertain the nature of medicines.

However, information gathered by DGN Online indicates that the woman has been threatening that she will one day poison the children because their father had abandoned them and she was struggling to cater for them.