Africa Closes In On One Million COVID-19 Cases 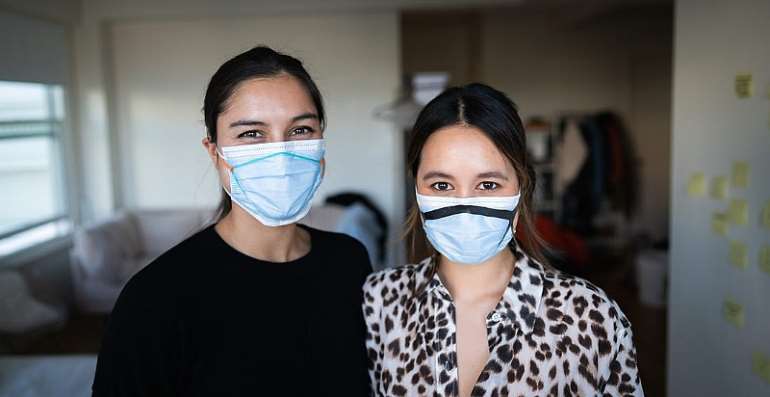 Brazzaville/Cairo, 30 July 2020 – COVID-19 infections in Africa will exceed one million cases in the coming days as the pandemic surges in several hotspot countries. In a little more than three weeks, the number of cases on the continent almost doubled to 889 457, with 18 806 deaths.

Overall, the pandemic is accelerating with the number of new cases increasing by 50% during the last 14 days compared with the previous fortnight. However, only five countries account for about 75% of the cumulative COVID-19 cases – they are Algeria, Egypt, Ghana, Nigeria, and South Africa. South Africa alone accounts for around half of the continent’s total cases. Deaths are also increasing. A total of 4376 new deaths were recorded during the last 14 days, representing a 22% increase from the previous two weeks.

Seven countries in sub-Saharan Africa which had imposed lockdowns and have now started easing them have experienced a 20% jump in cases over the past two weeks. Some countries such as the Republic of the Congo and Morocco have had to re-implement partial restrictions because of an increase in cases.

“As Africa approaches one million cases, the continent is at a pivotal point,” said Dr Matshidiso Moeti, World Health Organization (WHO) Regional Director for Africa. “The virus has spilled out of major cities and spread into distant hinterlands. Countries need to keep apace and urgently decentralize their key response services. We can still stop COVID-19 from reaching full momentum, but the time to act is now.”

Expanding the scale and quality of public health measures such as testing, contact tracing, isolation and care of patients remain central to the response, as well as preventing infection through handwashing, physical distancing and wearing of masks. Lifting of lockdowns that have helped to slow down the spread of COVID-19 should be evidence-based, phased and targeted.

As borders start to re-open and with the Islamic holiday, Eid al-Adha, about to begin on Friday marked by social and religious gatherings, there is a concern that the virus could spread further, even to areas that are still untouched by COVID-19, if necessary precautions are not taken.

“As we approach the Eid Al Adha feast, there is also increased risk of transmission as a result of social and religious mass gatherings. Any decision to restrict, modify, postpone, cancel, or proceed with holding a mass gathering should be based on a standardized risk assessment, and should be part of a comprehensive approach taken by authorities to respond to the pandemic,” said Dr Ahmed Al-Mandhari, WHO Regional Director for the Eastern Mediterranean.

WHO recently released guidance to countries and communities on public health measures for Eid Al Adha in the context of COVID-19.

Under-reporting of cases is a challenge as testing for COVID-19 in Africa remains low by global benchmarks, but capacity has expanded significantly. About 7.7 million tests have been performed since February. The number of tests performed per 10 000 population as of mid-July was below 100 in 43 countries out of the 54 assessed. This must improve.

Although infections are on the rise across the continent, the trend is varied. Nine countries in sub-Saharan Africa have reported a decline in cases over the past three weeks. Gabon and Mauritania have made significant progress, with the time it takes for case numbers to double increasing. In Djibouti and Tunisia, very few cases have been reported for the last few weeks, and most are imported. In Egypt, Africa’s second most populous country and one of the hardest hit by COVID-19, a decline in cases has been observed over the last five weeks.

WHO is supporting countries respond to COVID-19 by providing technical guidance, crucial medical equipment and has remotely trained more than 72 000 health workers and partnered with regional and national professional associations to build on existing capacity. Through an online supply portal, WHO, other United Nations agencies and partners have also organized shipments of more than 650 requests of key equipment, including more than 2400 oxygen concentrators to 47 countries in the region.

Government drinking from an empty calabash, debt forgiveness...
1 hour ago