Akufo-Addo Is No Kufuor, Trust Me – Part 2 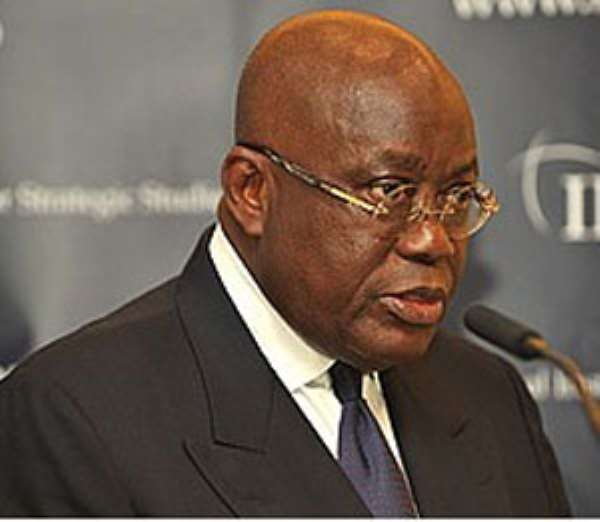 He is being crassly and cynically disingenuous, when the Tamale-North Constituency’s Member of Parliament on the ticket of the National Democratic Congress (NDC), Mr. Alhassan Sayibu Suhuyini, asserts rather officiously that the highly likely 8-year Vice-Presidency of Alhaji Mahamudu Bawumia is apt to be deviously and sophistically used by some New Patriotic Party (NPP) insiders to sideline Dr. Bawumia from successfully gunning for the Presidency come 2024 (See “NPP Setting the Stage to Sideline Bawumia in 2024 – Suhuyini” 3News.com / Ghanaweb.com 7/29/20).

The former broadcast journalist is being downright disingenuous here because unlike Candidate John Dramani Mahama, Vice-President Bawumia has not had the chance to serve as the substantive President of the Sovereign Democratic Republic of Ghana. Candidate Mahama was afforded an unprecedented four-and-half years as President and performed extremely poorly on the job. Moreover, not only has the National Democratic Congress’ Candidate for the 2020 Presidential Election been mired neck-deep in bribery and corruption scandals of global proportions, as President of Ghana for some four-and-half years, Mr. Mahama could not steadily turn on the lights. And, it goes without saying that our nation’s productivity and economic advancement primarily depends on power supply.

By many reliable estimates, at least 30-percent of all privately owned Ghanaian businesses collapsed, with absolutely no compensation or aid packages put in place to help these hardworking and law-abiding entrepreneurs resuscitate their businesses and thus significantly contribute to the socioeconomic development of the country, unlike what Ghanaian entrepreneurs are presently witnessing under the progressive and visionary tenure of President Addo Dankwa Akufo-Addo. Absolutely no economic relief packages were afforded the ordinary Ghanaian citizen under the Dumsor-inflected tenure of President Mahama. Indeed, as one astute social commentator had occasion to recently observe, throughout the four-and-half years of erratic electricity supply, the Mahama-led regime of the National Democratic Congress did not supply a single individual Ghanaian citizen with even a flashlight, let alone a hurricane lamp.

This is the same man whose gross administrative incompetence culminated in the total collapse of some 82 banks in the country outrageously telling Ghanaians that he intends to pay off all depositors who have yet to be paid by the present government, within the very first year of his re-accession to the Presidency, should Ghanaian voters, once again, make the apocalyptic mistake of returning Mr. Mahama to Jubilee House. It is also significant to note here that by the lights of Mr. Johnson Asiedu-Nketia, the dynastic General-Secretary of the National Democratic Congress, Mr. Mahama has never really won a Presidential Election in the country.

In the wake of the 2012 Presidential Election, the former Rawlings-appointed Deputy Defense Minister told a radio talk-show host that there was absolutely no way for the then-Interim President John Dramani Mahama to have won that year’s presidential election, and that it was actually Candidate Addo Dankwa Akufo-Addo who had won Election 2012 hands down, but for the criminal collusion between an incumbent President Mahama and the extant Chairman of Ghana’s Electoral Commissioner, Dr. Kwadwo Afari-Gyan, and the abject lack of vigilance on the part of polling station agents and other assigns and representatives of Mr. Mahama’s main political opponent and most formidable challenger, to wit, Candidate Addo Dankwa Akufo-Addo.

The fact of the matter, however, and I bet National Democratic Congress’ apparatchiks like Alhaji Alhassan Sayibu Suhuyini may not like to hear this, is that even as Vice-President, Dr. Bawumia has performed far better than Mr. Mahama did in four-and-half years of being the “Main Tire” at Jubilee House. I also don’t doubt for a split-second that, indeed, there may be quite a remarkable mass of party insiders who may very well be scheming to have Vice-President Bawumia sidelined in the leadup to Election 2024. But such scheming does not come anywhere near the “Amissah-Arthur Effect,” which is uniquely a sociopolitical and moral blight peculiar to the National Democratic Congress. This is all to be expected, knowing what many of us already know about the history of the internal power struggle within the New Patriotic Party. But, of course, I am also quite certain that such party poopers and would-be nation-wreckers are fully aware of the politically suicidal implications of such patently inadvisable move.

A/R: Journalists on tour with Regional Minister involved in ...
27 minutes ago

Focus on promoting human rights, be swift and fair in applic...
29 minutes ago