Akufo-Addo Is No Kufuor, Trust Me – Part 1 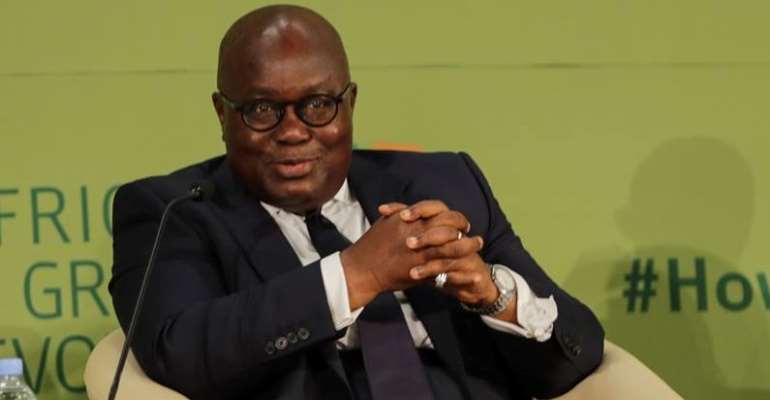 It is rather absurd to hear political busybodies like the Tamale-North Constituency’s National Democratic Congress’ Member of Parliament wistfully presume to second-guess President Addo Dankwa Akufo-Addo on the latter’s airtight trust and almost guaranteed endorsement of Vice-President Mahamudu Bawumia for the Presidency in the leadup to the 2024 Presidential Election, once the statutorily mandated tenure of Nana Akufo-Addo draws to a close (See “NPP Setting the Stage to Sideline Bawumia in 2024 – Suhuyini” 3News.com / Ghanaweb.com 7/29/20).

The fact that the then-Candidate Akufo-Addo fiercely defied the grain and the advice of many a New Patriotic Party (NPP) heavyweight to have Dr. Bawumia as his Preisdential Running-Mate or Vice-Presidential Candidate three consecutive times, must leave absolutely no doubt in anybody’s mind that come 2024, a lame-duck President Akufo-Addo would be unquestionably endorsing the Presidential Candidacy of the relatively much younger man with whom he gunned for the Presidency five unprecedented consecutive times. But, of course, whether Alhaji Bawumia will be able to swim on his own without the direct or active involvement of an outgoing President Akufo-Addo – one strongly hopes so – is a different ballgame altogether, in American baseball parlance.

But one thing is for sure, once Alhaji Bawumia has been resoundingly given the nod by party delegates, Nana Akufo-Addo is highly likely to hit the campaign trail with his longtime presidential partner and political protégé. Not to imply that Vice-President Bawumia is, himself, not without his own remarkable political pedigree. What is significant to underscore here, however, is the fact that the very comfortable working relationship between Ghana’s former Attorney-General and Minister of Justice is without contest or comparison in the camp of the main opposition National Democratic Congress. Which is why the jaundiced prediction by Mr. Sayibu Suhuyini deserves all the massive and round contempt that can be mustered by those of us avid watchers and students of Fourth Republican Ghanaian political culture.

I am also very proud to reveal for the very first time that I may very well be one of the reasons why Nana Akufo-Addo has decided to run for a well-deserved reelection. Those of you regular readers of my columns may be well aware of the fact that since 2007, I have been admonishing Nana Akufo-Addo to serve a single presidential tenure and then pass the baton on to the much younger and economically savvy former Deputy-Governor of the Bank of Ghana. My advice has been primarily predicated on the fact that the Presidency is decidedly a thankless job, unless like Candidate John Dramani Mahama, it is squarely and primarily envisaged as a money-stealing quarry to be used to criminally cream or plunder our national coffers.

Indeed, even as the Asantehene, Otumfuo Osei-Tutu, II, publicly noted at a grand durbar not very long ago, both as a politician and a lawyer, Nana Akufo-Addo has accomplished remarkably well enough to worry about his legacy, once he permanently exits from both of these human endeavors and life itself. That was precisely why when I met him at his Jubilee House suite on August 1, 2018, or thereabouts, I impressed upon Nana Akufo-Addo that I had, upon soberly pondering the matter for quite some time, changed my mind, and that it was an imperative necessity for him to run for reelection if he really cared about the possibility of having Vice-President Bawumia succeed him. I also emphasized the fact that it was necessary for him to build a legacy upon which the by then fully mature and experienced Dr. Bawumia could readily stand without the fear of having to face any formidable challenge within the New Patriotic Party itself.

Now, from his track-record, it is highly unlikely for Nana Akufo-Addo to do an “Aliu” number on Dr. Bawumia in the very scandalous manner in which a departing President John Agyekum-Kufuor did with his late former Vice-President, Alhaji Aliu Mahama, after having used the latter twice as his Vice-Presidential running-mate and substantive Vice-President of the Sovereign Democratic Republic of Ghana.