Ghana Armed Forces in talks with UPSA for a Possible Academic Partnership. 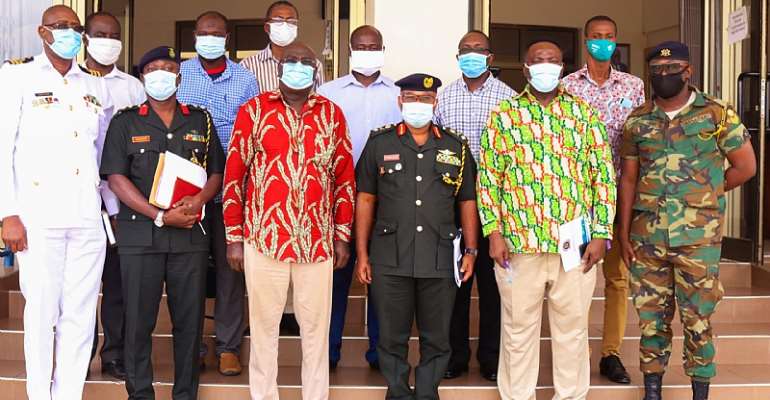 Talks between the Ghana Armed Forces and the University of Professional Studies, Accra for a possible academic collaborations have started yesterday, July 20, 2020.

According to the Ghana Armed Forces, this talks when successful will lead to signing of an agreement that will enable UPSA to roll out what the GAF calls "Tailor-made and hybrid" courses for junior and senior officers of the Service who has expertise in finance and accountancy management.

Brigadier-General, Daniel K. Amissah who led the GAF delegation to the UPSA campus revealed during engagement at the maiden meeting that GAF's finance school, GAF Heizel School of Finance wants to gain visibility and academic credibility hence the push for possible collaboration with the Madina based university.

"We are here to explore how we can bring some visibility, credibility and improvement in the Heizel School of Finance through partnership with you [UPSA]", Brig. Gen. Amissah was quoted as saying.

However, the Pro Vice Chancellor of the University, Prof. Charles Barnor welcomed the collaboration proposal.

Prof. Charles added that the university, which churned out lot of notable personalities in the country is open for collaborations from state institutions.

He further cited programs such as MBA in Petroleum Accounting & Finance, MBA in Internal Auditing and Master of Art (MA) in Peace, Security and Intelligence Management as some of the programs rolled out for public worker as a result of academic collaboration with state institutions.

The Pro VC of the University also revealed that the university's curriculum experts will be tasked to come out with modalities for the “sequencing of the curriculum design” which, according to the Pro VC will become the base upon which the partnership with the Ghana Armed Forces will be built.