By Pui-Ying Iroh Tam - The Conversation 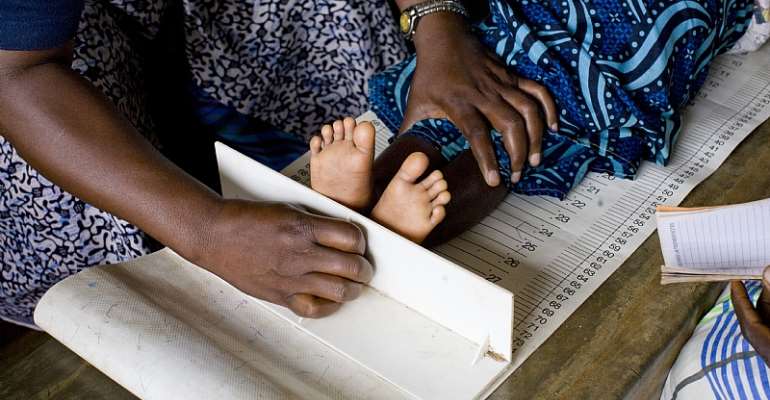 The baby was presented to us in the arms of a wide-eyed young mother, and wrapped in brightly coloured chitenje cloth. The newborn was breathing quickly, her nostrils were flaring, she was grunting and we could see the muscles around her small rib cage being sucked in with each breath. She was only a week old, and had developed breathing problems the night before, the mother said. She also had a fever, had stopped eating, and was not voiding as much as she had been earlier.

As the mother was speaking, the clinicians undressed the baby, placed some tubing into her nose to deliver oxygen, placed an intravenous line into the baby's arm, and – most crucially – collected some blood to send to the laboratory. Antibiotics were then administered.

This baby is one of tens of thousands of children who present to Queen Elizabeth Central Hospital in Malawi every year. The government hospital, inaugurated in 1952, serves the southern region and acts as a referral centre for the rest of the country. It has been able to rely on the adjacent Malawi-Liverpool Wellcome Trust Clinical Research Programme laboratory for microbiology testing for over 20 years.

The information generated by this testing and a review of bloodstream pathogen sensitivity data at the Malawi-Liverpool Wellcome Trust Clinical Research Programme over the last 20 years has shown why there should be more clinical trials involving children, especially in low-income countries.

One of the most common causes of illness in a child with fever is a bacterial infection, otherwise known as sepsis. It should be treated with antibiotics. But antibiotics come with risks. When overused, they can lead to bacteria becoming resistant. Some bacteria are now so resistant that there are no more treatments to try, as none will work.

This issue, termed antimicrobial resistance, is not a trivial one. It is estimated that in the next 30 years, 2.4 million people in Europe, North America and Australia will die from infections with resistant pathogens. The problem is thought to be even worse in low- and middle-income countries, partly because of weaker infrastructure and lack of regulatory oversight. Resistance is predicted to rise four to seven times faster.

Sepsis – the condition we saw in the baby in our example above – is the third leading cause of death among newborns globally. It is driven by increasing antimicrobial resistance.

In Queen Elizabeth Central Hospital, over the last 20 years we have documented a significant increase in resistance to the first and second lines of antibiotic treatment among children under five years old. For young infants, resistance to first-line antibiotic regimens (the drugs that are recommended as the kind to try first) is as high as 60%. This indicates that infections are becoming harder to treat effectively.

This is forcing doctors to try new combinations of antibiotics without documented evidence that they are effective.

Clinical decisions should ideally be based on the best evidence available. And in medicine, the gold standard for generating evidence-based knowledge is a clinical trial.

But few clinical trials involve antibiotics and even fewer include children. Of all the 224,297 clinical trials registered on clinicaltrials.gov over a 10-year period (January 2010 to December 2019), only 5,600 (4.0%) involved antibiotics. Only one-fifth of these (or 0.8% of the total) involved children.

Given that rates of antimicrobial resistance are predicted to rise faster in less developed settings, one might expect that clinical trials would be done in these geographic areas first. Half of the world's 5.2 million under-five deaths occur in Africa, most attributable to infections.

In the scenario presented at the beginning, the infant grew a multi-drug resistant organism in the blood and had to be put on a two-week course of second-line antibiotics. Fortunately, the hospital had the capacity for microbiological testing. As a direct result of testing, the appropriate antibiotics could be prescribed.

If Africa as a continent is going to combat the rising threat of antimicrobial resistance, more resources will have to go towards research into how best to use existing antibiotics, ideally through the conduct of clinical trials. The lives of many African children may depend on this.

Collins Dauda charged with causing financial loss to the sta...
34 minutes ago