WFP appeals for $250 mn in extra aid to feed Zimbabweans 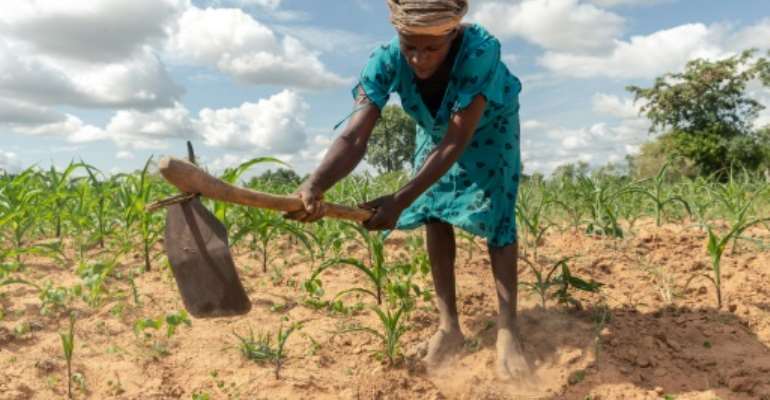 Zimbabwe has been struggling with a poor harvest following a crippling drought. By Jekesai NJIKIZANA (AFP/File)

The UN's World Food Programme (WFP) on Thursday sought $250 million in extra funding for a "rapidly expanding emergency operation" in Zimbabwe where it said nearly two-thirds of the population will face hunger by year's end.

The WFP warned that aid is needed now to prevent a humanitarian "catastrophe" resulting from the combined impact of a drought, a dire economic crisis and the coronavirus pandemic.

The southern African country has been hit by a poor harvest, while galloping inflation has rendered basic goods out of reach for most people.

The coronavirus outbreak has only exacerbated the country's dire economic and hunger crises. The number of recorded cases in Zimbabwe has climbed to 2,879 including 41 deaths.

The WFP projected that some 8.6 million people, "a staggering 60 percent of the population", will require food aid due to the "combined effects of drought, economic recession and the pandemic", it said in a statement.

Government last week reinforced a nationwide coronavirus lockdown, which WFP said "has precipitated massive joblessness in urban areas, while rural hunger is accelerating because now unemployed migrants are returning to their villages and the absence of the vital remittances they provided is more keenly felt".

"Many Zimbabwean families are suffering the ravages of acute hunger, and their plight will get worse before it gets better," warned Lola Castro, WFP's regional director for Southern Africa.

"We need the international community to step up now to help us prevent a potential humanitarian catastrophe," she said.

Inflation, hovering above 700 percent, has left most of the country's 14.4 million inhabitants unable to afford basics, including the staple corn meal, whose price doubled last month.