One For Prof Naana 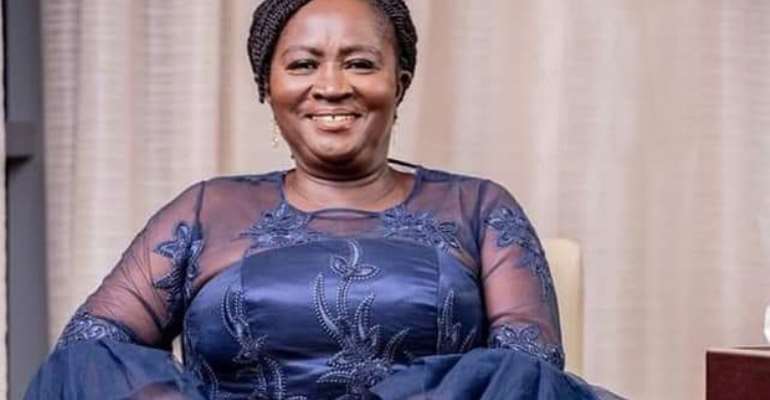 We welcome Professor Jane Naana Opoku-Agyemang on board Ghanaian politics in a campaign season.

Although not new to local politics, her previous association with the party as a minister was devoid of the shenanigans of campaign season because after all she was not on the frontline.

Today, she is running mate to the flagbearer, a momentous notch in her journey in life. The National Democratic Congress (NDC) leadership of which she is a part, of course, including supporters, expects her new position to translate into electoral numbers.

Political observers fatigued with the politics of name-calling, innuendos and even outright hurling of invective would expect her new role to change the traits of the NDC so that the unattractive attributes of the party would be erased from its testimonial.

We appear to have expected too much from the Prof, her inaugural speech, when she was formally presented, being the source of our disappointment.

She exhibited all the indecent spots of the NDC as she spewed innuendos upon innuendos in her speech leaving us breathless.

We were wrong to think that the woman who did not find anything untoward in boosting the morale of three persons who hurled offensive language at a female Chief Justice and others has regretted it all.

We were wrong to think that the hardhearted woman who stopped the research allowances of lecturers, among other iniquities, is now primed for decent politics.

Prof Naana spoke about artificial barriers created by the British colonial authorities, a direct reference to the partition of Africa after the scramble. Her revulsion for the outcome of the Paris Conference is rather late to have any effect.

So much water has passed under the bridge since then and countries have emerged out of colonialism.

The Prof will agree with us that foreigners should not be allowed to partake in our electoral process. She took a swipe at the checks put in place to prevent the previous order where NDC-friendly Togolese were processed as voters in local politics, thereby contaminating the electoral roll.

The Prof should understand that Zongo persons are not being discriminated against. What is rather happening is that there is screening of persons suspected of faking Ghanaian citizenships so they can vote in our elections.

Descendants of migrants from neighbouring countries the forebears of some of them having fought the little wars of the British against the Ashantis are, of course, Ghanaians some of them holding important positions in the country. So what is the Prof talking about? Perhaps she has forgotten that for the first time in the history of Ghana, we have Zongo Ministry and a Zongo Development Fund.

The Zongo is an important segment of the Ghanaian population and for the Prof to create the impression that this fact is lost on the government is as hypocritical as it is mischievous. There are many foreigners from Nigeria, Burkina Faso, Togolese and others ECOWAS countries in the country, most of whom would want to register in the ongoing registration exercise. Should they be allowed to do so Prof? We doubt if the answer would be affirmative.

To be carried away by the way the Prof allowed herself to be would not help her under the circumstances.

Prof Naana has observed the metamorphosing of the protective institutions being turned into agents of intimidation.

Her hallucinatory observation is laughable. The only time in the history of this country when soldiers and the police were let loose on the people was recorded under the P(NDC) and instructively she was associated with the junta somewhat.

Perhaps the Prof should recalibrate her campaign mode unless she wants to tread the path of the Sammy Gyamfis and Elvis Afriyie-Ankrahs. We doubt she belongs there although her conduct suggests so.

Government drinking from an empty calabash, debt forgiveness...
30 minutes ago