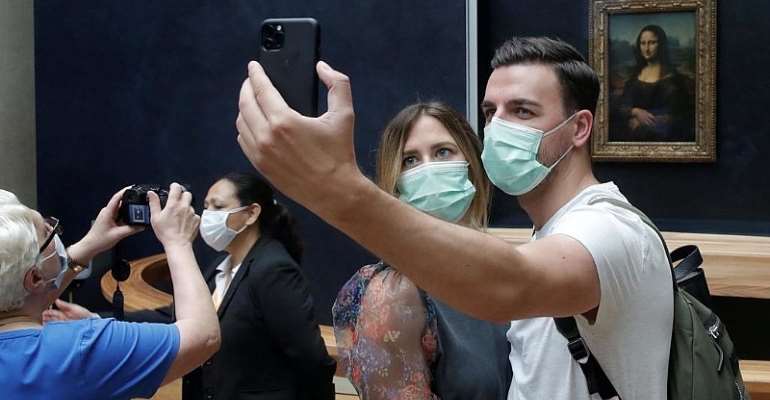 Hundreds of small French companies that re-purposed to make washable facemasks to combat the spread of the Covid-19 epidemic are now left with millions of unsold masks.

Eric Boël, the boss of Tissages de Charlieu, a company which normally sells textile to the garment, furniture and aeronautics sectors, invested a million euros to gear his factory up for the manufacture of washable facemasks.

He told Le Figaro newspaper how, back in mid-March, every one of his 400 employees was mobilised to try to help meet demand against the background of a national shortage of facemasks. He says 40 prototypes were designed in one weekend and he even remembers helicopters being hired by retirement homes to collect orders of masks.

Tissages de Charlieu was one of 1,400 such companies, many of them small businesses, which between them have made 180 million re-usable masks.

At times during the pandemic Boël says, demand was ten times the company's production capacity.

But in mid-May, there was a dramatic collapse in demand for re-usable masks; by the beginning of June, manufacturers found themselves with 40 million unsold face-coverings.

At the end of lockdown most people headed either to pharmacies or to supermarkets to buy facemasks. This demand was satisfied by huge quantities of disposable masks, mostly imported from China.

Thousands of businesses also ordered supplies of single-use masks for their employees, favouring disposable masks which would not need washing and were cheaper to buy.

At the end of May, the president of the strategic committee for the fashion and luxury industries, Guillaume de Seynes, asked the government to tell public bodies to choose French-made re-usable masks when making orders. There was particular annoyance that the finance ministry had ordered 10 million washable masks from Vietnam in mid-April.

“We invested because we were given the impression that public services would be ordering significant numbers of masks from us until the end of the year”, one manufacturer told Le Figaro newspaper, explaining that it will take 5 to 7 years for all the new manufacturing material he bought to pay for itself.

“There is a certain disappointment,” admits industry minister Agnès Pannier-Runacher. She talks of promises to order “which didn't materialise,” and says the washable masks are more economical as they can be re-used, sometimes up to 50 times, as well as being more environmentally-friendly.

A government mission was put in place in June to help the manufacturers shift unsold stock.

Several hundred companies and local authorities were canvassed. Many have now agreed to buy some of the unsold masks. The government is also buying up some of the masks to add to its own strategic stock.

The manufacturers are also working on marketing the washable mask option more forcefully and they hope that more masks will be sold now that they are obligatory in closed public or commercial spaces.

A new law also obliges all companies to keep a ten-week stock of masks.

Ten to 15 percent of the stock has also been shifted through export, particularly to South America, after an effort by French embassies.

Most of the companies concerned have now stopped producing masks, though Agnès Pannier-Runacher is confident that “if there is a second wave, the network we have built could be back up to capacity within a few weeks”.