Judge Angry Over Absence Of Lawyer For JB Killers In Court 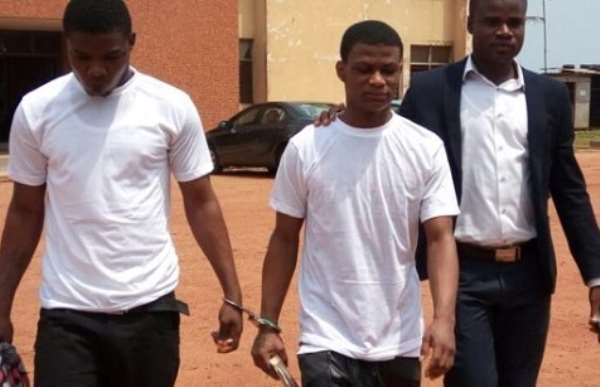 A High Court hearing the case of alleged killers of the late Member of Parliament for Abuakwa North, J.B Danquah Adu on Wednesday lamented over defense counsel's missing in court.

The court presided over by Justice Lydia Osei Marfo, noted that Augustine Obuor, counsel for the accused has been absenting himself from court thereby causing delay in the trial of Daniel Asiedu aka Sexy Dondon and Vincent Bossu.

The court said that no reasons have been given by defense counsel for his absence.

According to the trial judge, if counsel failed to make an appearance in the matter at the next sitting, she would be compelled to write to the Legal Aid Scheme to provide the accused with new legal representation.

Earlier Asiedu raised his hand up praying the court to get them a new lawyer but the court asked them to wait till it hears from their substantive legal counsel.

The prosecution led by Hilda Craig, Senior State Attorney informed the court that it has been a while since she saw or heard from Mr. Obour and that she has other cases with him and that he has not been attending to the other cases as well.

She therefore prayed the court that she was going to send defense counsel a message by notifying him on the next adjourned date.

Asiedu and Bossu are being held on the charge of conspiracy to rob.

Asiedu is additionally facing the charge of murder of the MP.

JB Danquah Adu was murdered in his residence at Shiashie in February 9, 2016.