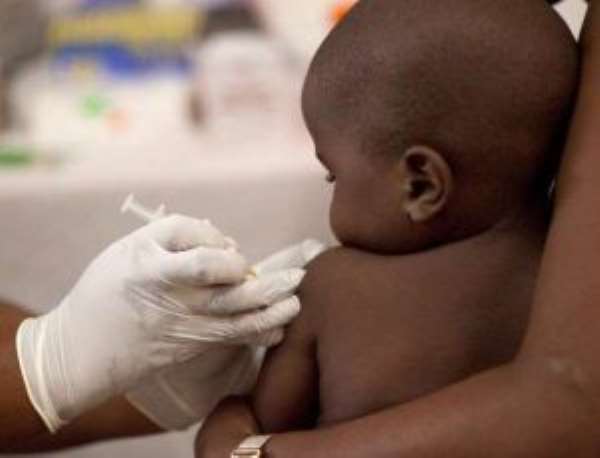 Ghana is making gains in malaria morbidity as the prevalence rate among children under five years has declined from 21 percent in 2016 to 14 percent in 2019.

This is according to the 2019 Ghana Malaria Indicator Survey conducted recently.

The National Malaria Control Program set an agenda to eradicate malaria in the country by 2030 after it became the leading cause of death among children under five, mostly in rural areas.

According to the Head of Field Operations at the Ghana Statistical Service, though the achievement can be attributed to some interventions carried out by the Program, a conscious effort to keep surroundings clean could help eradicate malaria entirely.

“Malaria prevalence among children under five has reduced. We did a demographic and health survey in 2014. At that time, we had a prevalence at 27 percent. That of 2016 was 21 percent and now, it has dropped to 14 percent. We may introduce artesunate amodiaquine in the system so that when we get malaria, it could be treated with that medicine. As one intervention, they introduced sleeping under mosquito nets. At a point, women who attend antenatal care are given mosquito nets. So if we can intensify our advocacy and strategies, then by 2030, we can get there. But it is not easy because we are already in a mosquito prone zone. So if we can embark on clean environments and ensure that we obey the directives, definitely, we can get there,” he stated.

Malaria is one of the highest leading causes of death in Ghana, with more of the victims being children under five.

Over two million suspected malaria cases were presented in health facilities across the country between January and March but only about one million were confirmed to be malaria.

The number of confirmed cases include over 311,491 involving children under age five while about 28,000 involved pregnant women.

96 percent of the cases did not require admission and were therefore attended to as an out-patient-department case.

According to the Health Service, the country has recorded a total of 54 malaria deaths between January and March in 2020 alone.

Sixteen of these deaths were among children under five years.