Ntumy’s Assailants Not From Church 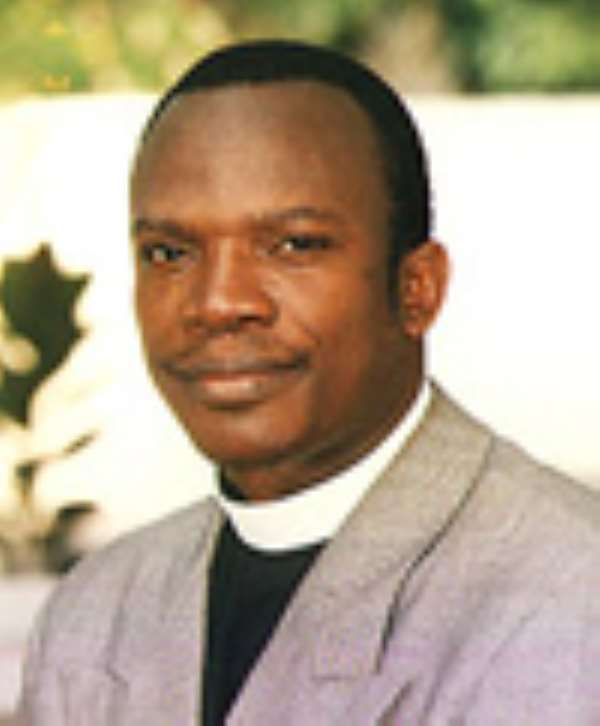 The acting General Secretary of the Church of Pentecost (COP), Apostle D. K. Noble-Atsu, has said the church has so far failed in its attempt to put a finger on who would have wanted to kill its Chairman, Apostle Dr Michael Kwabena Ntumy.

He said the executive of the church had met to deliberate on the issue but nothing came out to suggest that the act came from the church.

In an interview in Accra, Apostle Noble-Atsu, who is also the Kaneshie Area Head, said looking at the leadership role of Apostle Ntumy, it was difficult to believe that any member of the church would want to eliminate him.

According to the apostle, the election of a chairman for the church had always followed a particular pattern, which made it difficult for anyone to think that he could eliminate a substantive chairman and occupy that position.

He said never in the history of the church had there been a problem after an election of a chairman, adding that like the others, Apostle Ntumy's election came through God's own prophesy, which every member of the church believed in.

According to the apostle, the church presently had more than 40 apostles and prophets throughout the world who qualified to be elected after Chairman Ntumy's second five-year term in 2008, so it was not easy for anybody to conceive the idea that he would automatically succeed him if he was eliminated.

He said the church was at this juncture seeking divine intervention on the matter and had, therefore, sent a circular to all area and national heads to declare three days of prayer and fasting for the protection of the chairman and also for peace in Ghana and the world.

Apostle Ntumy, who is also the President of the Ghana Pentecostal Council, was some days ago attacked by unknown men who inflicted cutlass wounds on him at his North Ridge residence in Accra.

He also suffered bruises on his elbows and the right leg from falling into a gutter during the attack.

Sources at the Accra Regional Police sais that two men on a motorbike pounced on Apostle Ntumy in front of his residence and inflicted deep cutlass wounds on his left hand.

He was rushed to the Ridge Hospital in Accra where he was treated and discharged.

Apostle Ntumy said that at his residence that he was with three of his children when the incident occurred in front of his house at about 7p.m. that day.

Answering questions as to whether the church had any idea of who would have attempted to commit such a heinous crime, Apostle Noble-Atsu said although during their deliberations two issues came up, they were considered remote.

He said about two years ago someone approached Chairman Ntumy and informed him that he (the informant) was at a meeting where some names, which included his (Apostle Ntumy), came up, for possible attack.

The other one was when a caller on a phone-in programme threatened Apostle Ntumy and members of the Ghana Pentecostal Council because of a suggestion they made on a political issue.

Apostle Noble-Atsu said the entire membership of the church was thankful to God for saving the life of the chairman and advised his attackers to change their evil ways.

'Funny Ejura committee did a shambolic job, report full of p...
26 minutes ago