Nigeria: The Rot In NDDC: Beyond Titillating Tales From ‘Port Harcourt Girl’ And ‘Uyo Boy’ 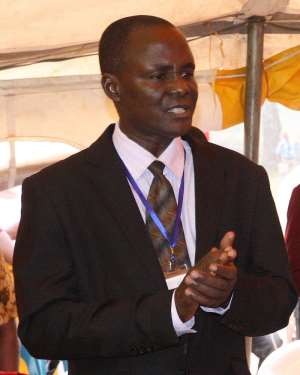 Nigerians are fond of turning very serious matters, even ones threatening the very life of their country, into objects of jokes and laughter.

And so, as President Muhammadu Buhari’s anti-corruption posturing and grandstanding which have for some years now been on life-support finally breathed its last and was wheeled out for burial (without an autopsy), and the loud attempt by some shameless pretenders to clean up the cesspit of corruption called the Niger Delta Development Commission (NDDC) degenerates into a public trial of the National Assembly, Minister of Niger Delta and the remorseless (mis)managers of affairs at the NDDC, instead of there to be a national mourning and grand coalition against graft and its perpetrators, Nigerians are all over the social media and at various points of gathering, demonstrating that they have only found in the calamitous development fresh ingredients for juicy comedy skits and colourless jokes. What a tragedy!

To make matters worse, the Economic and Financial Crimes Commission (EFCC) which should have moved in immediately to clear the Augean stable is presently incapacitated by the crushing weight of its own self-inflicted woes as its once ebullient leader is embroiled in earth-shaking allegations of corruption and facing a panel set up by the Minister of Justice who himself is equally struggling to ward off unrelenting fingers pointing at him and raising weighty allegations of graft against him.

Who then will help a country so badly afflicted with passive and absent-minded leadership and helplessly stuck in the muddy pond of boundless corruption and mediocrity?

Now, I refuse to be distracted by the trending, revolting comedies and the titillating tales that inspired them – just because two jolly good friends of yesterday (who happily stood very close to each other in pictures taken recently) have suddenly decided to divert our attention with an emergency quarrel and bitter altercations! But we must quickly separate the chaff from the wheat, fish out the issues that deserve attention and discard the frivolities. How light-minded can a country be!

Yes, the Minister of Niger Delta, Mr. Godwin Akpabio, and the former acting Managing Director of the NDDC, Ms. Joi Nunieh, have both announced that they have briefed their lawyers to sue each other for the unedifying claims they made one another. Entirely their business, if you ask me!

Nunieh said on TV that she had engaged a Senior Advocate of Nigeria (SAN) to sue Akpabio for alleging that she had been married to four husbands while Akpabio is suing her for claiming that he sexually harassed her and got rewarded with a hot slap for the attempt.

So, as they slug it out in different courts, Nigerians must hasten to withdraw their attention from the courtroom drama and focus it on the mindless pillaging of the NDDC treasury, an institution that was put in place to fund the development of one of the most impoverished places in Nigeria (if not the whole world), from where 90 percent of the resources used in running the country’s almost mono-economy are derived from. (Although, about two weeks after the duo made their threats, I am yet to hear that any of them is court!)

The only matter that should be of concern to security agencies (if we still have any functional one) is the letter Akpabio has read out to the nation which he claims was from the NYSC stating that “no record exists either in NYSC Kwara State or NYSC National Directorate Headquarters to evidence [Ms Nunieh’s] participation in the scheme.”

But, Ms Nunieh had sworn to an affidavit affirming that she did the NYSC, a claim she repeated during an appearance on a national television. Between the two documents being paraded by the ‘Port Harcourt Girl’ and the ‘Uyo Boy’, one must be feeding Nigerians with falsehood, and that is what should be of interest to the security agencies in the Akpabio/Nunieh altercations, if there is anything like law, order and security agencies still existing in Nigeria. Indeed, it seems that all our organized systems are crumbling under the current rudderless and egregiously corrupt regime this country is unfortunately stuck with.

Also, all the allegations that had dropped in the course of the hot and bitter exchanges between Akpabio and Nunieh needs to be thoroughly investigated, and whoever is implicated must be brought to justice.

Akpabio has told Nigerians that a forensic audit is going on to expose the rot and massive mismanagement of resources that have distinguished the NDDC since its creation. But Ms. Nunieh has countered him and asserted that no such audit is ongoing.

Well, assuming there is no such audit, one should be put in place immediately. The story of the NDDC is the story of shame and crude thievery – in fact, an organized banditry. The problem, though, is that, even if the thieves are identified and exposed, who in this terribly corrupt entity that parades itself as government can muster the moral force and courage to ensure they are brought to book? Because it does seem that countless people have got their hands soiled in the NDDC’s slimy pit of corruption!

The story of the discovery of oil in the Niger Delta is the devastating account of mindless enrichment of many people outside the region while grinding poverty exacts its excruciating toll on the people that live in the area. Outside the Niger Delta, people who may never have stepped their feet anywhere near the region have become emergency billionaires just by being awarded oil blocks, most of the time, by their friends in government.

Funds realized from the sale of crude oil have gone on to enrich multinational companies, successive government officials and their cronies and transformed many cities very far from the Niger Delta, while in the Niger Delta, what exists are only very ugly stories of environmental pollution and degradation which in turn lead to the degradation and wicked impoverishment of the people.

Oil exploration has destroyed agricultural endeavours that once flourished in the region, aquatic life that had produced great fishes and diverse kinds of food items; it has badly polluted a once healthy and beautiful atmosphere, thereby, encouraging all sorts of health conditions that come from breathing in polluted air.

In most Niger Delta communities, it is almost impossible to get clean and safe water to drink. Many places have neither electricity nor access roads. Despite the sicknesses that afflict the people due to the polluted environment they are forced to live in, at many places, healthcare is such a scarce amenity and manageable hospitals are located very far from the people.

Instead of using the resources dug out from the region to improve the lives of the people there, the funds allocated to the NDDC to see to their welfare are callously looted by heartless characters and wantonly squandered.

Also, involved in this mindless looting are the clever and privileged Niger Delta sons and daughters who collaborate with others outside the region to deprive their own people of the benefits that ought to come to them from the natural resources divinely located under their feet, but which other people have hijacked and used to plague their lives so much, while enriching themselves and many others.

As the story of massive looting at NDDC grabbed the limelight recently, dreadful pictures of the notorious Calabar-Itu Road which was so horrible when I plied it about five years ago surfaced on the social media. It is very sad that despite the billions being squandered at the NDDC, this kind of road could still be found in the Niger Delta.

Indeed, all over the region, roads as horrible as this Itu-Calabar Road abound. In most of the riverine areas in the region, only wooden bridges constructed at very high costs are available to the people to access other neighboring communities. As they risk their lives in the daily adventures of using those rickety bridges, some other people who might even be unaware of their existence are swimming in limitless luxuries funded with proceeds from the sale of oil located right under their feet.

As these privileged beneficiaries take healthy food and drink potable water far away from where their wealth is sourced, the poor Niger Deltans endanger their health by making do with very unhealthy water badly polluted in the course of oil exploration. This is callous and heartless.

Akpabio said that for years, the NDDC existed to serve as the slush fund for those intending to contest elections. Political aspirants are sent to the place to criminally accumulate the funds they require to prosecute their campaigns.

Akpabio even further alleged at the National Assembly hearing on the NDDC that most of the contracts awarded by the commission were given to lawmakers. Nigerians were badly scandalized watching the desperation with which the Chairman of the House Ad-Hoc Committee conducting the probe was trying to stop him from speaking further once he made mention of that.

Soon, the Speaker of the House of Representatives, Mr. Femi Gbajabiamila, gave Akpabio 48 hours to name the lawmakers who got the NDDC contracts, threatening that the House might take legal action against him if he failed to do so. As Nigerians waited with bated breath for Akpabio to open his mouth and let the names begin to drop, there were reports that he had written to the House to disown the same allegation he had boldly made before the cameras at the House chambers and which was watched across the world.

But on Monday, July 27, 2020, the newspapers came out with front page stories that Akpabio has named the lawmakers that got the NDDC contracts. According to him, four senators received 74 contracts from NDDC in 2017. In fact, one senator even executed 53 contracts while one House member did 19 at the cost of N9 billion in 2019.

Now, that Akpabio has removed the lid and exposed the dirty contents in the bowl, what next? By the way, is it only National Assembly members that benefited? Are there no beneficiaries in the presidency? Has the “anti-corruption” government in Nigeria ever heard about the term “conflict of interest”? Will the rot at the NDDC be swept under and treated as another case of “family affair” now that scandal is getting too close for comfort to the seat of power?

During his next appearance, he said that the money was N1.32 billion instead of N1.5. “The amount the IMC [Interim Management Committee] used to take care of NDDC staff as COVID-19 palliative was N1.32 billion, not 1.5 billion.”

Everyone knows that NDDC employees are well paid. Instead of the NDDC reaching out to the poor in the region with palliatives during a lock down, they sat down and selfishly shared out N1.32 billion to themselves – fund that obviously was not captured in the NDDC’s budget.

According to reports, about N40 trillion has been spent by the NDDC since it was set up twenty years ago. Prof Pondei said that the commission spent N81.5 billion from October 2019 to May 31, 2020 – just seven months! And out of this, the Interim Management Committee (IMC) which came into office in February spent N59.1 billion!

President Buhari should see what he can do to bring his anti-corruption dream back to life and treat the tumour at NDDC and almost every sector in his government.

The exploitation of the Niger Delta people has become like that proverb about the thief taking too much for the owner to notice. The people there have been taken for granted for too long. They have been punished for so long for their God-given resources. Their patience has been stretched beyond its malleable limit.

One only hopes that it does not snap soon.
*Ugochukwu Ejinkeonye, Nigerian Journalist and Writer, writes a column every Thursday in Daily Independent newspaper. ([email protected]; Twitter: @ugowrite