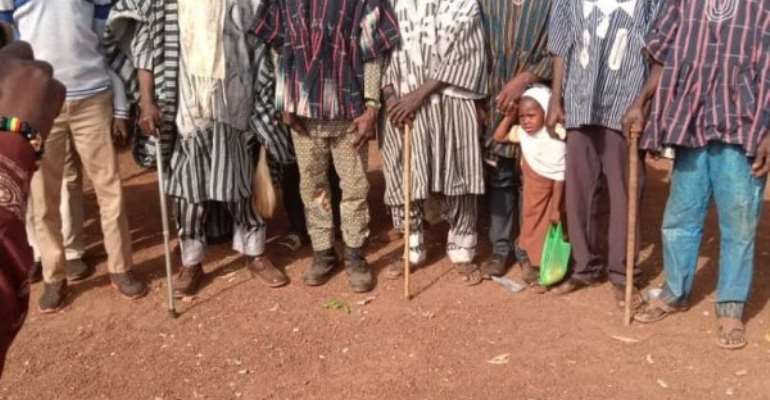 A total of 19 communities located in the Sissala East Municipality, Sissala West and Wa West Districts of the Upper West Region have been declared free from child marriage through the efforts of the Girls Advocacy Alliance (GAA) project.

Mr Moses Dramani Luri, the Executive Director of the Social Initiative for Literacy and Development Programme (SILDEP) speaking at a declaration ceremony in Wasai in the Sissala West District of the Upper West Region, disclosed that 43 girls were also rescued from child marriage as a result of the GAA intervention.

Additionally, he said over 100 girls and young women were equally engaged in various Technical and Vocational Education and Training (TVET) models whilst 30 communities had enacted by-laws for child protection.

According to him, the successes were chalked through the implementation of a number of activities including; vigorous education and sensitization of stakeholders and community members against child marriage; formation of Community Child Protection Committees, girls clubs/camps and the Champions of Change initiative coupled with capacity building.

“child marriage is frowned upon globally and as an Assembly, we will on our own way commit some resources to continue with monitoring and sensitization in order to sustain the gains and even scale up to cover other communities”, he assured.

Mr Edward Laabiir Sabo, the Wa West District Chief Executive (DCE) welcomed the news and said he was even more happy that the communities had come up with their own child protection by-laws that will help them put an end to the canker in the district.

He assured that in the next Assembly sitting, they would discuss and validate the by-laws and pass it for gazetting, adding that best practices would also be picked from the first child marriage free communities for purposes of replication in other communities to help defeat the canker in the district.

Mr Vitus Sey Pele, the Wa West District Social Welfare Officer assured of continued sensitization and enforcement of the by-laws to sustain the gains and possibly scale up.

Mr Nuhu Alhassan, a Member of the Sissala West District Child Protection Committee said the achievement of child marriage free communities in the district would now mean that girls could stay in school and complete.

He said continued capacity building and motivation would keep the Child Protection Committees active and effective in handling and reporting of incidence of child marriage to appropriate agencies for the necessary actions.