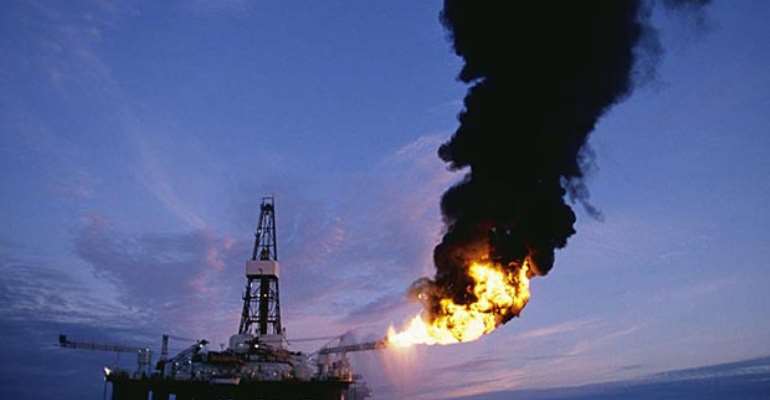 As things stand now, fossils are in survival mode, as the momentum on consumption seems waning. The novel coronavirus crisis accompanied by the global economic downturn appears to have accelerated things to the point where it is prohibitively expensive to consume fossil fuels.

Fossil fuels including oil, natural gas, and coal may continue to be in demand for decades to come because they are incredibly versatile and are absorbed into a massive range of products ranging from groceries to rocket fuel. However, the momentum gained by renewable energy sources and clean energy technologies (RETs) in recent times is likely to displace fossil fuels. This brings to the fore the theory of “Peak oil”, a conversation that has taken place for decades.

In the traditional sense, peak oil would have been described as the theorized point in time when the maximum rate of extraction of petroleum is reached, after which it enters into terminal decline; on the basis that crude oil is non-replenishing energy resource. However, peak oil can be posited within the context of demand. On the demand side, peak oil may be brought on when it can be established that the cost of extracting the resource goes beyond the price consumers are prepared to pay. Second, when alternative sources become cheaper and more available, as we are seeing in an upsurge in renewable energy sources like solar and wind. Third, when the demand for the resource falls for varied reasons, including the present coronavirus pandemic.

The current global pandemic and the rise in renewable energy investment seem to be pushing peak oil forward. The tables are of course turning in favour of renewables with the push for greener resources to dominate the future energy architecture. Recent energy sector data seem to present a new twist to the long-standing battle between fossil fuels and renewable fuels, in terms of consumption, costs, and investments.

Since the beginning of the year, consumption of oil has seen a drop while there is an upsurge in the consumption of renewables. The Energy Information Administration (EIA) indicates that Americans achieved a key milestone in 2019 in its energy consumption, with recent forecasts pointing to renewables eclipsing coal as an electricity source in 2020.

There is also clarity in terms of the economics. New reports are indicating that wind and solar were by far the cheapest source of new power generation. For instance, a report from the International Renewable Energy Agency (IRENA) indicate that more than 50 per cent of the renewable capacity added in 2019 achieved lower electricity costs than new coal. Storage batteries and other flexible sources of power generation like hydrogen needed to manage the intermittent nature of renewables are increasingly becoming cheaper too. By virtue of their lower rates, the global generation mix is expected to be dominated by wind and solar.

Also on a global scale, the International Energy Agency (IEA) could report that investors and capital are moving toward energy sectors that offer wider social benefits that create wellbeing and wealth in the true meaning of the word. The findings suggest that renewables share in the energy market over the past decade offered higher total returns relative to fossil fuels, with lower annualized volatility. It is therefore not strange that the Guardian found global offshore wind investment more than quadrupling in the first half of 2020 despite Covid-19 slump. It reported that investors gave the green light to 28 new offshore windfarms worth a total of US$35 billion this year, four times more than in the first half of 2019 and well above the total for last year as a whole.

While governments around the globe are initiating unprecedented economic support packages to create relief for the impact of the coronavirus, they are also pledging to align their emergency measures with Green energy recovery.

Unlike the post-2008 global financial crisis, which a full green economy failed to emerge for lack of investment in the sector then, the current crisis, have already seen major investments in renewable energy. The support for a green economy is now massive because of renewables becoming cheaper, compared to fossil fuels―thus presenting a stronger case for economies to invest in a low-carbon, green economy.

While the party goes on for renewables, the oil and gas sector, in particular, is recording outstanding losses. The IEA expects investment in the upstream sector to drop from US$483 billion last year to US$347 billion in 2020; a drop of almost one-third as the industry adjusts to the sudden drop in demand. Similarly, investment in coal production is anticipated to fall 25 per cent this year. Also, major oil companies including ExxonMobil, Aramco and Total have reported enormous cutbacks in upstream investment, averaging more than 25 per cent compared to last year. In such a low oil price environment, investors can only expect low or no returns from a resource that is associated with high risk and high carbon emission.

According to experts, the pandemic is likely to have lasting effects on the oil industry and may push peak oil forward. In the estimation of Moody's, oil demand may not return to 2019 levels until at least 2025, and possibly will never return to pre-Covid-19 levels.