Gun-Wielding Civilian Who Attacked My Bodyguard Had Backing Of EC, Police – Muntaka Alleges 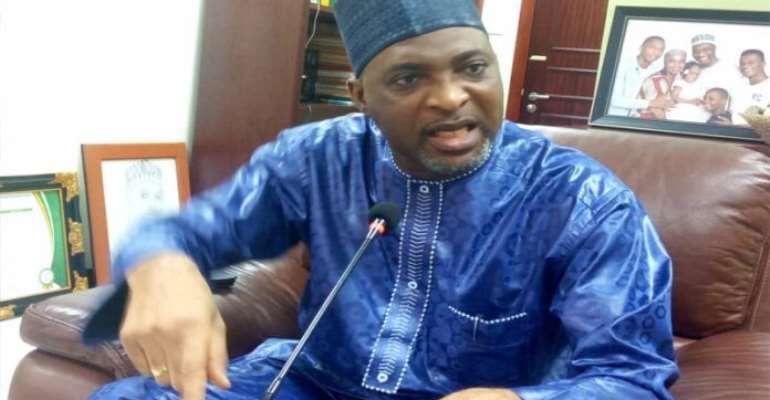 The Member of Parliament for Asawase in the Ashanti region, Muntaka Mubarak has alleged that the gun-wielding civilian who attacked his bodyguard had the backing of the Electoral Commission, Police, and military.

“I will not waste my time to take the matter up or file a complaint with the Police, because it will not yield any results. But we’re keeping all these videos because it’ll all be brought to reckoning one day,” the Asawase lawmaker told Kasapa 102.5 Fm.

Bodyguard of the minority chief whip in Parliament yesterday clashed with a man claiming to be a national security operative at Baba Kompu, a registration center at Aboabo number 2 in the Asawase Constituency.

The civilian was seen arguing with the police bodyguard of the Asawase MP while two military officers intervened to prevent fisticuffs.

The gun-wielding man, known as Boyo, according to reports was a member of a pro-NPP vigilante group, Delta Force.

He threatened to open fire at the police officer if the officer did not leave the registration centre.

Reports say, the police officer was stationed at the registration centre by the Asawase MP, Muntaka Mubarak to ensure peaceful exercise after confusion broke out.

Commenting on the incident on Anopa Kasapa on Kasapa 102.5 Fm, Muntaka Mubarak said their opponents are disoriented because they’re unable to bus people to the registration centres anymore, hence have resorted to violence.

“We’re not letting our guard down,” he told host Bobohene Baffuor Awuah, adding” We’ll still go round and encourage our people to stay focussed and get registered because they’re doing everything possible to disenfranchise our people.”