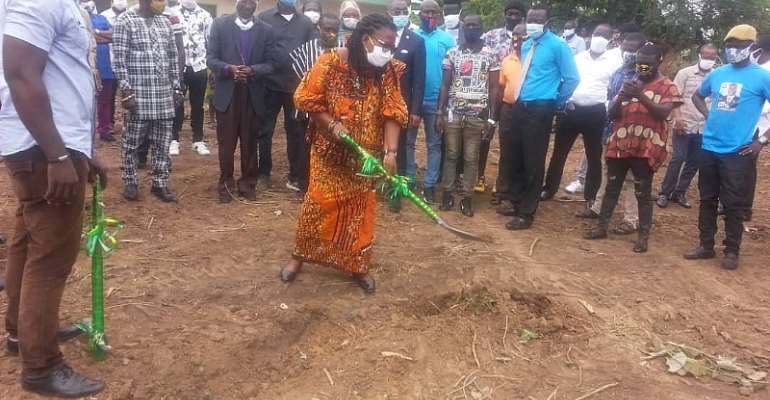 The Municipal Chief Executive (MCE) for Birim Central, Mrs. Victoria Adu together with Mr. William Agyapong Quittoo, the Member of Parliament for Akyem Oda has cut sod for construction work to begin on four New Classroom Blocks projects awarded on contract by the central government.

At a durbar before the groundbreaking ceremony, Mrs. Adu said the Free Compulsory Universal Basic Education (FCUBE) policy which was implemented in Basic Schools over the years has been extended to all Senior High Schools by President Nana Addo Dankwa Akufo – Addo, to ensure every Ghanaian child of school-going age have access to free and quality education.

She indicated that the projects when completed would help to address some of the school infrastructural deficits confronting the educational sector in the Municipality.

On the importance of education, Mrs. Adu said it bridges the gap between the rich and poor and entreated parents to enroll their children in school to enable them to benefit from the government’s free Senior High School policy.

On quality work, she said when quality work is done by the contractors, it would go a long way to have positive impact on the residents and the country at large and however charged all contractors working on government projects in the Municipality to produce quality work to prevent their contracts from being terminated.

Mrs. Adu reiterated that the government pledged in its 2020 budget statement to embark on massive work on deplorable roads and hinted that work has commenced on a 20 kilometer roads in the Municipality.

She, therefore, urged all and sundry to support the contractor as the need arises to enable him to complete the project on time.

In another development, Mr. William Agyapong Quittoo, the Member of Parliament for Akyem Oda Constituency explained the overview of GETFUND projects and said it was instituted over the years by some successive governments to provide school infrastructures to the needed communities.

He described Members of Parliament as agents for development and said it was against this background that the aforementioned projects have been lobbied for the Municipality.

Mr. Alex Brako, the contractor of Bralex Venture construction Limited, an Accra-based construction firm executing the Wesley Methodist Primary School project promised to complete it in the next five months to make it serves its intended purposes while other contractors also pledged to complete the other project on time.

Obrempong Gyamfi Saforo Kyere II, the Krontihene of Akyem Kotoku Traditional Area who chaired the programme expressed his profound gratitude and appreciation to the MP and the MCE for their leadership role played to make the Municipality acquire the projects.

He advised the management of the beneficiary schools to take proper care of the projects to ensure they have a long lifespan.

Present at the ceremony were some Heads of Decentralized Department of the Birim Central Municipal Assembly. 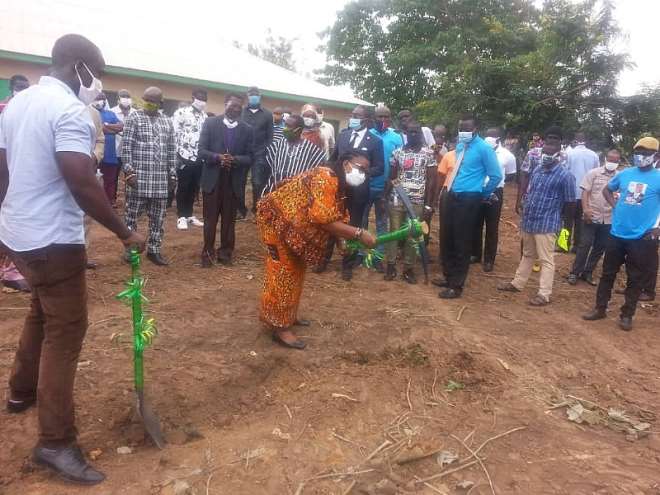 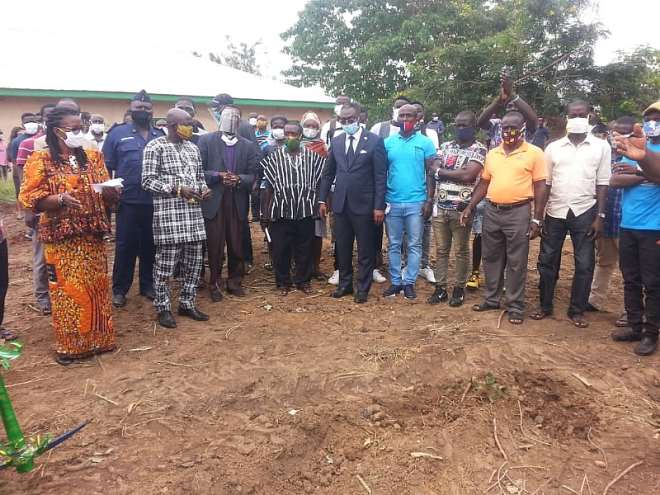