In The Eye Of A Bad Story 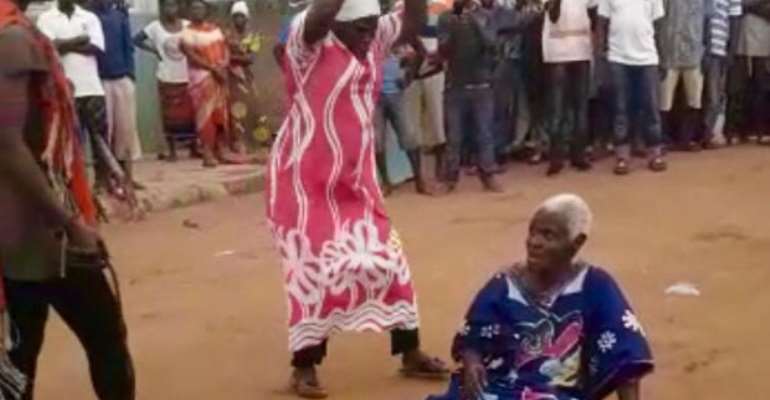 That in the year 2020 when the Abrahamic faiths have covered the face of the earth including, of course, Ghana, a human being would be labelled a witch and lynched in broad daylight is shameful.

The rest of us outside the Gonja village of Kafaba in the Savannah Region where a female nonagenarian was murdered unfortunately share in the shame occasioned by the despicable act which is alien to this country. In an IT-propelled world, the story has been disseminated worldwide with supersonic speed. Ghana is, of course, in the eye of the narration and not the village where it took place, and this is what makes the story more disgusting to digest.

Considering the high number of people who profess to be Muslims and Christians and adhere to the principles of their faiths is something worthy of discussion under the circumstances. None of those who murdered the old woman is an atheist.

It has been alleged that even as the nonagenarian suffered her ordeal, there were shouts of 'God is great' by those who savoured the unfurling crudeness.

It resembles the savagery assigned to pre-civilisation settings in fictional literature. The reality though is that this is not about Daniel Defoe's 'Robinson Crusoe' on a strange island in 1719 but in one of the newly created regions in the Ghana spotting places of worship of the Almighty God.

To demand that the police take immediate action is an understatement. Indeed, suspects should have been rounded up already and transferred to Accra and updates released periodically for the world to see and appreciate how we do not condone such criminalities on our shores.

The world's attention is riveted upon us and the swiftness of our action on the matter is what would redeem our image.

Those who killed the nonagenarian are not better than vampires, witches and cannibals. To think that there is a chief in the town who had been earlier informed about the labelling of the old woman a witch and what awaited her with no action taken to spare her life makes the story even more worrying.

The village chief should be one of the suspects in the case, including the so-called soothsayer who caused it all with his bogus third eye.

The IGP's intervention suggests in our opinion that the local police at the regional command are unable to manage the case.

The two thousand cedis bounty on the heads of the suspects is paltry and cannot encourage informants to come forward with information needed to arrest the suspects.

In any case, we are dealing with a village where residents know one another. The suspects are within the village and surrounding settlements. It is good news that the chief has been arrested eventually.

Government drinking from an empty calabash, debt forgiveness...
9 minutes ago