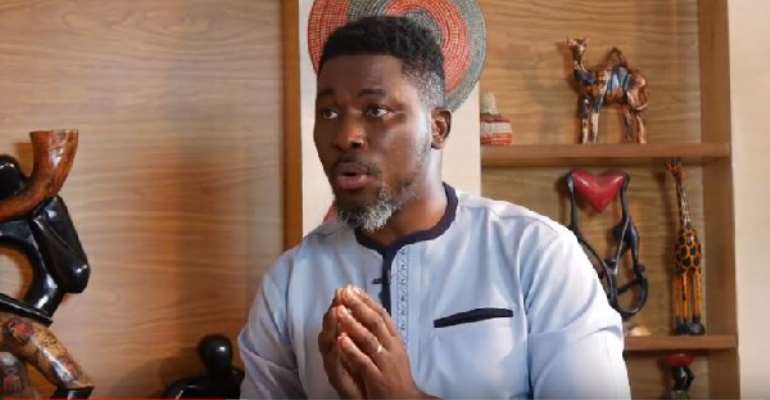 Musician and card bearing member of the ruling New Patriotic Party, Kwame A Plus is alleging that his party footsoldiers have become more powerful than the Police Commissioners and Army Generals in the country under the Akufo-Addo government.

A Plus's said this when reacting to a video where the bodyguard of the minority chief whip in Parliament yesterday clashed with a man claiming to be a national security operative at Baba Kompu, a registration center at Aboabo number 2 in the Asawase Constituency.

The civilian was seen arguing with the police bodyguard of the Asawase MP while two military officers intervened to prevent fisticuffs.

The gun-wielding man, known as Boyo, according to reports was a member of a pro-NPP vigilante group, Delta Force.

He threatened to open fire at the police officer if the officer did not leave the registration centre.

Reports say, the police officer was stationed at the registration centre by the Asawase MP, Muntaka Mubarak to ensure peaceful exercise after confusion broke out.

Ghana Police Service: "We are investigating a video on social media in which a person in apparent civil dress is seen brandishing an object, which appears to be a pistol in the face of a Police Officer, with Soldiers apparently calming tensions down.

All the uniformed persons in the video are known officers who are presently stationed in the Ashanti region, where the incident took place. They all reported the incident to their commanders on Monday 27th July 2020 when it occurred."

Me: in less than 3 hours you were able to

1. arrest and arraign a parliamentary candidate before court for saying that your commander in Winnneba is the reason why there is no peace in the community.

2. DR Yankson was able to arraign me before court because a politician insulted me and I replied him but you are here investigating someone who drew a gun at an officer and you claiming that "it was an object suspected to be a gun"

When you arrested and arraign Wisa before court for showing his manhood on stage, did you state that it was something suspected to be his manhood?

We know nothing will come out of this so called investigation. Who does not know that you will come and real us it was a stick? It is a shame!!! You are the cause of the mistrust and your own downfall. You are not brave men. You have become a laughing stock. You only use your power to arrest the weak in society while those who are supposed to know better misbehave and walk free.

Akufo-Addo not bound to nominate recommended MMDCE hopefuls ...
53 minutes ago