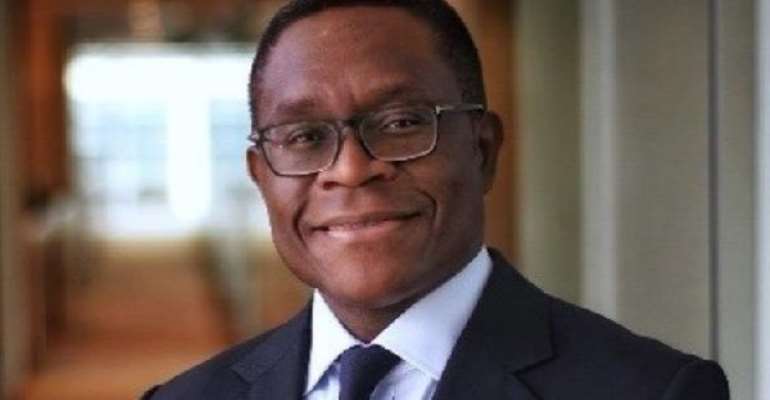 One of the best economic brains who is also a Ghanaian Bernard Mensah has joined the U.S. Secretary of State, Mike Pompeo, and other dignitaries to hold discussions on the post-COVID-19 economic recovery effort and other matters.

UK Minister, Dominic Raab and other high ranking officials of the UK and the US governments were also at the high table.

Mr Mensah who is President of Europe, the Middle East and Africa (EMEA) and co-head of Global Fixed Income, Currencies and Commodities (FICC) Trading at Bank of America Merrill Lynch was instrumental in most of the discussions.

The younger brother of the President of the Ghana Rugby Association, Herbert Mensah, based in London has jointly led the firm’s FICC Trading business globally since 2015 and assumed additional leadership responsibilities as the firm’s regional president in April 2018.

In his role as President of EMEA, Bernard is responsible for the execution and development of the bank’s strategy, business activities and support functions in the EMEA region.

These span corporate, commercial and investment banking, treasury services and sales and trading.

Mr Mensah is also responsible for ensuring the effective delivery of the broad Bank of America Merrill Lynch franchise to its corporate and institutional clients across the region.

He chairs the firm’s EMEA Executive Committee and is a member of the Global Banking and Markets Committee.

Mr Mensah has more than 20 years of global trading and investing experience. He joined the firm in 2010 from Goldman Sachs in London, where he was a partner and global head of Bank Loan and Distressed Trading, and prior to that run the bank’s Asia Credit and Convertibles business, based in Hong Kong and Tokyo.

Before joining Goldman Sachs in 2000, Bernard worked as a Fixed Income Trader for Credit Suisse Financial Products in Europe and Asia, and for PricewaterhouseCoopers in audit and corporate finance.

Bernard received his BA in Social Sciences at the Joint School of Philosophy and Economics at the University of Bristol in 1989.

He is a qualified chartered accountant and became a member of the Institute of Chartered Accountants England and Wales in 1992. Bernard sits on the Development Committee of the Royal Opera House.

‘Sputnik-V procurement contract must be re-examined’ – Kwaku...
9 minutes ago

Getting Sputnik-V vaccines from black market using middlemen...
9 minutes ago