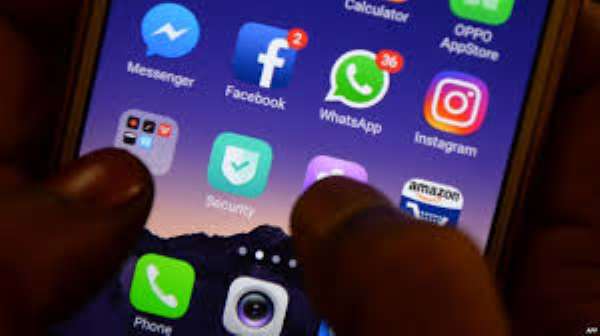 I know it from living and growing up and reading the general history of Ghana, that Salaga is one of the old, if not the oldest, commercial townships in the country. There is even a place in Ghana’s capital city of Accra by the name of Salaga Market, so I was quite a bit taken aback by the fact that the brutal mauling death of Maame Akua Denteh, the 90-year-old woman branded a witch, in the dubious name of customary practice, took place during the course of at least a half-hour in the village of Kafaba, near Salaga, without the swift reportage of the same to the police by social-media addicted cellphone users who, we are told, preferred to film or videotape the entire grisly affair for global viral consumption, for whatever such equally savage act of human insensitivity depravity may be worth.

This voyeuristic spectator-sporting culture of the smartphone and the iPhone must be promptly stopped, if sanity and security are to healthily and sustainably prevail in our country. In the era of cellphone technology, the stomach-upsetting murder of Maame Akua Denteh ought not to be allowed to happen. Social responsibility dictates that the police, not very far off, presumably, ought to have been promptly called in. What I am trying to say here is that the “response time” of the police in the split-second era of the cellphone ought to have been lightning-speed swifter than it has ever been, since the dawn of the 21st Century. Of course, we all know that the problem is squarely one of abject lack of sociocultural education and enlightenment. It well appears that communications technology transfer has far outpaced our intellectual and psychological growth as a people and a nation.

Indeed, as I observed in a previous article published less than 6 hours ago, the burden of guilt rests with a public education system – both formal and informal – that has been irresponsibly and flagrantly allowed to lag behind the temper of the times. Which is precisely why President Addo Dankwa Akufo-Addo’s auspiciously unprecedented tuition-free Senior High School System needs to be given all the massive national support that it deserves, predictable kinks in its practical implementation notwithstanding. The Cash-and-Carry alternative callously sold to the Ghanaian people was never worth the voting of the thievish Social Darwinian leaders of the present main opposition National Democratic Congress (NDC) to power.

We are all eyewitnesses to the massive development achievements of the Akufo-Addo-led government of the New Patriotic Party (NPP), from massive investment and significant improvement in agricultural production, the Feed Ghana Program, and the generally positive outlook of industrial development in the country, from the One-District, One-Factory Program, to the auspicious and opportune introduction of globally renowned and established automobile assembling plants like Volkswagen, Nissan-Fiat and the ubiquitous Toyota. Of course, the Akufo-Addo government also needs to heavily invest in our tertiary education system. But even more significantly, our leaders in the tertiary education system must become socially responsible cutting-edge teachers and researchers the outcome of whose knowledge creation must be primarily geared towards the practical resolution of local problems, in both the science and technology sector as well as the liberal arts and the social sciences, the latter disciplines of which must collaborate with experts in the human or biological sciences to eradicate such socioculturally tragic and regressive acts of savagery as the brutal murder of Maame Akua Denteh.

Nearly all reputable experts on the health and wellness of the elderly tell us, almost invariably, that age-advanced citizens like the late Maame Akua Denteh often do suffer from age-related dementia, psychological trauma and disorientation, Alzheimer’s or acute memory loss and mental degeneration, cognitive incoherence and other forms of age-related debilities or illnesses and definitely not witchcraft. But, of course, we all know that misguided age-old traditions die hard, especially under circumstances of acute privation and ignorance. Factors which are all clearly present in the Salaga-Kafaba Tragedy.