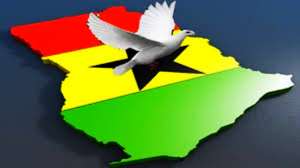 Violence related to electoral processes often begins way ahead of elections. Suspicion, mistrust couple with high tension during political seasons have created legacy of violence for a lot of countries who are still nursing their wounds. From Somalia to Afghanistan to Congo and to recent Mali, political violence have created indelible marks that can never be erased forever. That is why it is never easy for a country to recover from political violence as the road to peace is harder than war.

Ladies and gentlemen, as we are all aware, for several reasons, violence can be an attractive option to influence the electoral process and outcome. In transitional countries which Ghana is not an exception, incumbents are often manipulating or believed to be tampering with the electoral processes. The opposition parties also have incentives to further their strength through the use of violence. An argument sometimes invoked in relation to violence around election times. Incumbents are seen as friends of the security services and the opposition has the perception of hating the security services for their perceived allegiance to the incumbent government. Same is seen regarding the electoral body of the country and civil society organizations depending on your political station. This is how our politics have come to be.

Over the last decade, the West African sub-region has experienced violent conflicts, especially In the Mano River Union Basin, which comprises of Liberia, Sierra Leone, Guinea, and Ivory Coast. Many young people served as actors during these conflicts as well as victims. A greater proportion of youth have continuously been used by politicians to trigger violence during elections. Also, Mali and Columbia is a clear case for us to use to tame ourselves from reckless acts that have the potential of sparking war. It is common seeing how political parties give attention to the youth during political seasons because they are the scapegoats for every violence. They provide them with all sorts of party paraphernalia and some monetary token to prosecute an agenda of either win or win. Therefore, the mentality of either win or win at all cost is recipe for chaos and thus, endangering the peace and development we have long been working on.

My dear friends, in this electioneering season, we must prepare our minds to hear all kinds of abusive and reckless statements all in the name of “political talk or free speech”. We need to prepare our minds on how best we can react to such utterances so as not to record anything bad against the other. We need to know that expressions of disappointment and even rage are to be expected in any decision that disappoints some people. The vehemence of the expression is a function of emotional commitment to the outcome. In this season, we need not do anything that will make us regret forever. We are one people with common destiny of moving this country forward.

In this period, we need to know that emotions ran high during electioneering cycle. People are not really in their normal beings, they are scared. This coming election has brought out the ugly and hate in both sides. Here in Ghana, we have seen and heard brothers and sisters or family relatives cutting ties with each other simply because of political differences. Must we always think alike?! Politics is supposed to be a competition of ideas and development agendas, it is supposed to be trumpeted on laying a solid roadmap for development, it is meant to alleviate the suffering of the people, make people feel at home by introducing good policies for national development. But not to add to the narrative of awful, hate-filled political sycophants.

As youth of Ghana, we need to emulate the character of Nelson Mandela and John Lewis who all fought for the realization of freedom, Justice, fair trial for all and administering the rule of law to all humans regardless of colour. Characters like the above would ever be remembered dearly for the impartial and impeccable initiatives aimed at providing conducive environment for all. For such people, their departure on this planet can never be forgotten, their words would ever remain with us in our forward march to sanity. We equally have stooges who run the day-to-day activities of their paymasters or politicians, making unsubstantiated allegations which has the highest tendency of sparking war; and committing all forms of criminal acts just to please their paymasters. To their paymasters, they describe their actions as being braved and upholding the freedom and justice of the land by their so-called “brave utterances”. For such reckless people, they die without society having anything to thank them for, but for their hooliganism. We should never pray to act in the latter.

The role of traditional leaders in the entire electioneering process is also becoming worrisome. In this regard, leaders of some political parties have begun complaining about the biased role of some traditional leaders in certain regions and chiefdoms – in short, there is high suspicion of political interference. In Ghana, we have seen videos of some traditional revered chiefs who are supposed to be silent players of the game(politics) rather play active politics which is contrary to the Constitution of Ghana. In this regard, the subordinates of such chiefs have no trust for the traditional ruler who is supposed to be apolitical.

Fellow Ghanaians, as we prepare towards the upcoming December 7th Elections, we need to always talk and walk on the ladder of peace. We need to look at countries which have undergone the ravages of political violence and we need to weigh how it has impacted them negatively. No doubt, for every violence in every sphere, the destruction of infrastructure has long been a conventional weapon of war. Since around the turn of the century, however, infrastructure has also become a weapon for peace. Infrastructure was significantly drawn into state-building around 2002, in the wake of the western invasion of Afghanistan. In the debris of the large-scale destruction of Iraqi infrastructure, the American-headed coalition from the outset spent heavily on roads and government buildings. In Afghanistan, infrastructure was at the core of the American counter-insurgency doctrine of ‘clear, build, hold’, and later the US military's stability operations manuals defined infrastructure as a centrepiece of the strategy. So, our ailing infrastructure in schools, hospitals, roads and the human capital, in general, need to be protected without regard for party considerations. Let us be patriotic, Ghana first before any political leanings.

As we prepare for this year’s election, the youth must be seen playing a positive role in promoting peace, good governance and democracy and being a Ghanaian before any tribal and political leanings. We can do this by holding town hall meetings in our various communities/towns, focus group discussions and training workshops. Our lives matter and so our parents!

It is the responsibility of all of us to take action in supporting a national movement for peace based on the universal values of respect for life, justice, solidarity, human rights and equality. We can do more as Ghanaians than as political affiliates, tribal and religious belongingness, sectarianism, regionalism and people of colour. We have a lot to offer Ghana if we come together as Ghanaians than we have as NPP/NDC.

Colleague promising patriots of mother Ghana, I leave you with a pot of wisdom from Nelson Mandela, “What counts in life is not the mere fact that we have lived. It is what difference we have made to the lives of others that will determine the significance of the life we lead.” Let’s not be remembered for instigating violence.